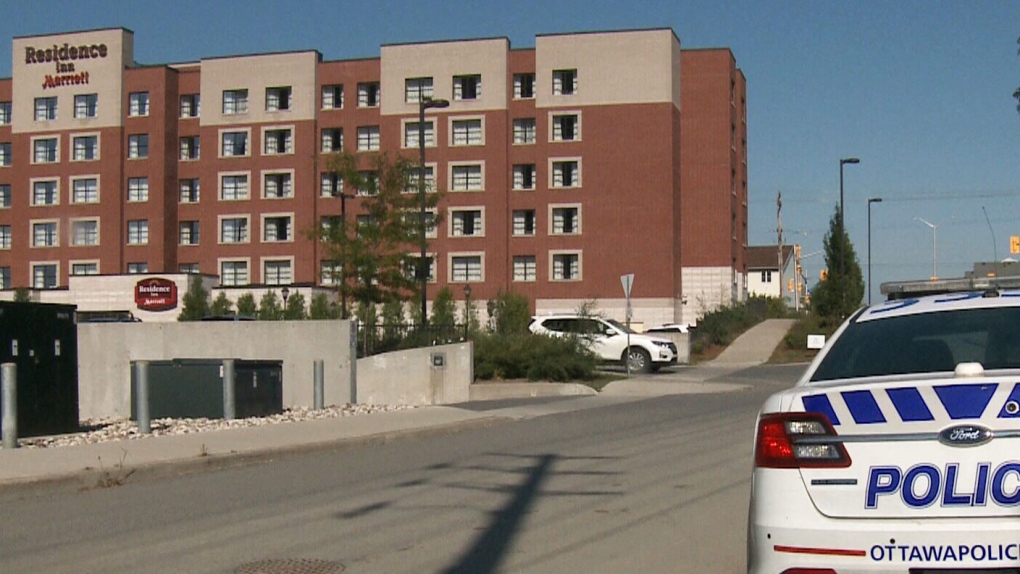 Ottawa police are investigating after documents containing personal and confidential information in a suspicious death investigation were accidentally released in an email.

Ottawa Police are investigating the death of a man in a south-end hotel room.

Officers were called to the Residence Inn by Marriott Ottawa on Walkley Road just after 11 p.m. Saturday night.

A man was found deceased in one of the rooms in the hotel. The Major Crime Unit is treating the death as “suspicious.”

Insp. Patricia Ferguson of the Ottawa Police Service says, “Our Major Crime investigators are using every tool available to them, as well as anyone who have may have been in the vicinity.”

A manager at the Residence Inn told CTV News that the hotel will not be providing a statement about the incident.

CTV News will not be reporting this information as it would jeopardize the investigation and put the safety of witnesses at stake.

Ferguson says police have notified the people whose information has been released to insure they are aware that this is happen.

Police say they will be launching an internal investigation into this breach.

Ferguson says, “we are going to take whatever steps necessary that need to be taken to a- make sure this never happens again and how this happened and if there are notifications that need to be made to larger entities like the privacy commissioner.”Anyone with information is asked to contact the Ottawa Police Major Crime Unit at 613-236-1222 ext. 5493, or contact Crime Stoppers at 1-800-222-8477.

Ottawa police are investigating a homicide after a man was found dead in hotel room on Walkley. @ctvottawa pic.twitter.com/jB6CBiyhGu