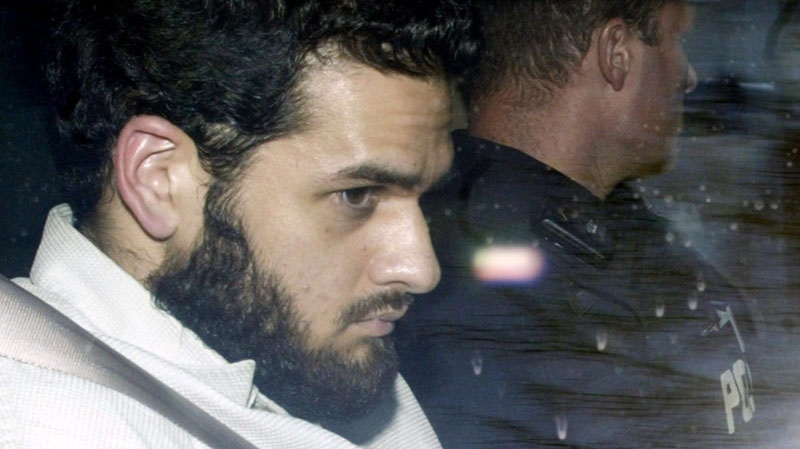 OTTAWA - The country's top court has agreed to hear an appeal on the legal definition of "terrorist activity."

The appeal was launched by Momin Khawaja, an Ottawa software developer and the first person ever charged under Canada's anti-terror laws.

He was convicted of five terrorism charges and sentenced in 2008 to 10 1/2 years in prison but Ontario's highest court later increased his sentence to life with no chance of parole for 10 years.

Ontario's appeals court rejected the argument by Khawaja's lawyer that the Criminal Code definition of "terrorist activity" is unconstitutional.

The Supreme Court of Canada has also granted the application for leave to appeal of two other men wanted in the United States on terrorism charges relating to the banned Tamil Tigers organization.

Like Khawaja, Suresh Sriskandarajah and Piratheepan Nadarajah are also arguing that because the definition required the terrorist conduct to be performed for political, religious or ideological reasons, it infringes the Charter right to express religious beliefs and political opinions.

Last December, the Court of Appeal for Ontario rejected that argument.

It said an "unmistakable message" must be sent that terrorism offences would be severely punished. The justices on the appeal court also concluded that Khawaja's commitment to jihad runs deep, and that there was no evidence he could be rehabilitated.

"Absent convincing evidence that he no longer subscribed to violent jihad at the time of sentencing ... the trial judge ought to have found that the appellant continues to pose a serious threat to society and is likely to do so for the indefinite future," the appeal court ruled.

Khawaja was born in Ottawa and worked as a software developer before he was arrested in 2004. He was convicted for training at a remote camp in Pakistan, providing cash to a group of British extremists, and offering them lodging and other assistance.

He was also convicted of two Criminal Code offences related to building a remote-control device to set off explosions. But the prosecution failed to prove Khawaja knew the detonator was to be used to detonate a 600-kilogram fertilizer bomb in downtown London.

It is also expected that Khawaja's lawyer will also to try to get his sentence reduced, after it was significantly increased on appeal.

The Supreme Court is expected to hear arguments in the case in the fall.