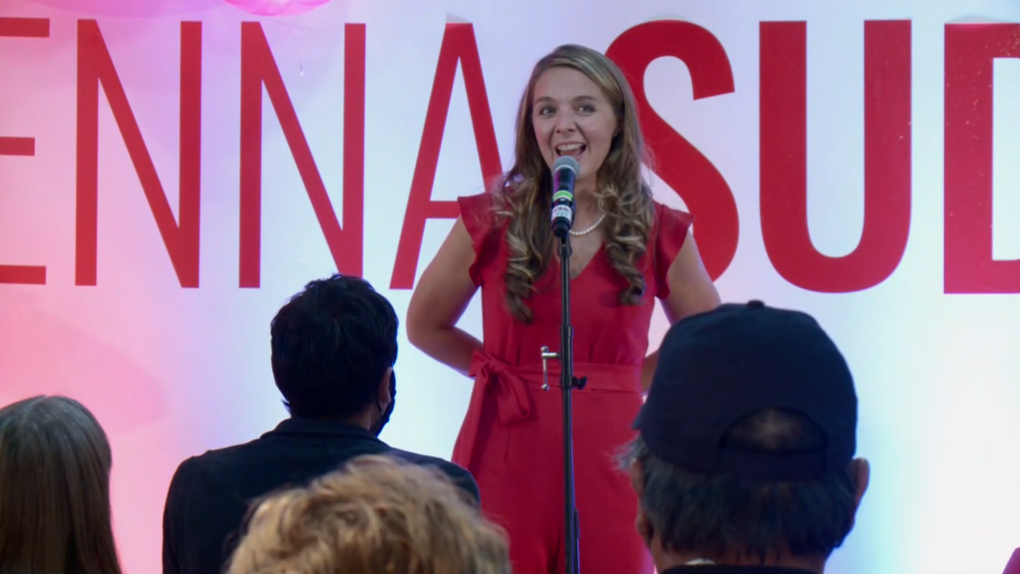 Jenna Sudds speaks to supporters at her campaign headquarters after being declared the winner of the Sept. 20, 2021 federal election race in the riding of Kanata—Carleton. (CTV News Ottawa)

OTTAWA -- Jenna Sudds has resigned as councillor for Kanata-North after winning a seat in the House of Commons.

In a memo to council, City Clerk Rick O'Connor said Sudds provided his office with her written resignation from council on Thursday morning.

Sudds was first elected councillor for Kanata-North in the 2018 municipal election.

In accordance with the Municipal Act 2021, council will now be required to declare the Ward 4 office vacant at its next meeting on Oct. 13.

O'Connor's office will also submit a report outlining council's two options for filing the vacancy: holding a byelection or appointing a new member as councillor for Kanata-North until the October 2022 municipal election.

Council has 60 days after declaring the seat in Kanata-North vacant to decide whether to call a byelection or fill the vacancy through an appointment.

Sudds is the third councillor to resign from Ottawa City Hall during the 2018-22 term.

Tobi Nussbaum, who was re-elected in Rideau-Rockcliffe ward, left to become the CEO of the National Capital Commission in 2019. He was succeeded by Rawlson King in a byelection later that year. Stephen Blais left his seat in Cumberland ward after becoming the Liberal MPP for Orléans in a 2020 provincial by-election. Catherine Kitts won the 2020 municipal byelection in Cumberland to replace him.

The cost of the byelection in Cumberland was approximately $550,000.