Students may file human rights complaint against the City of Ottawa 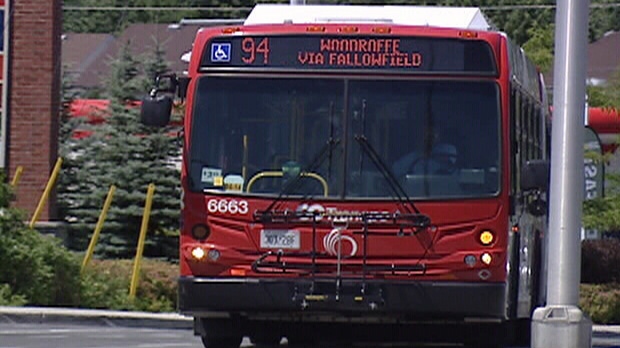 Members of Algonquin College's student association say they may file a human rights complaint against the City of Ottawa if it doesn't remove the age cap on student bus passes.

They are accusing the city of being unfair after imposing adult bus fares on students over the age of 19.

“We're asking the City to reverse its decision and go back to where a student is a student, with a fair fare. Then anyone who is attending full time school is eligible for a student bus pass,” said David Corson, Algonquin Students' Association President.

As of September, about 4,500 Algonquin students had to pay the full adult fare to be able to use OC Transpo, that’s about $100 per month. For students 19 and under, transit passes are about $76 a month.

“I think if they were able to get a U-Pass…it would be best,” said Kelly Anne Legg, 22.

Students at Carleton and the University of Ottawa are part of the U-Pass Program.

They pay $180 per term for OC Transpo passes as part of their student fees.

College and adult high school students don’t have that option.

“I'm still a student…whether I'm 19,20,21, I still have other fees to pay, so I think it should be for all students, getting the student pass,” said Mohammad Ismarl, a student.

OC Transpo recently revealed they are projecting a $5.2 Million deficit by the end of the year.

With a report from CTV Ottawa’s Claudia Cautillo.