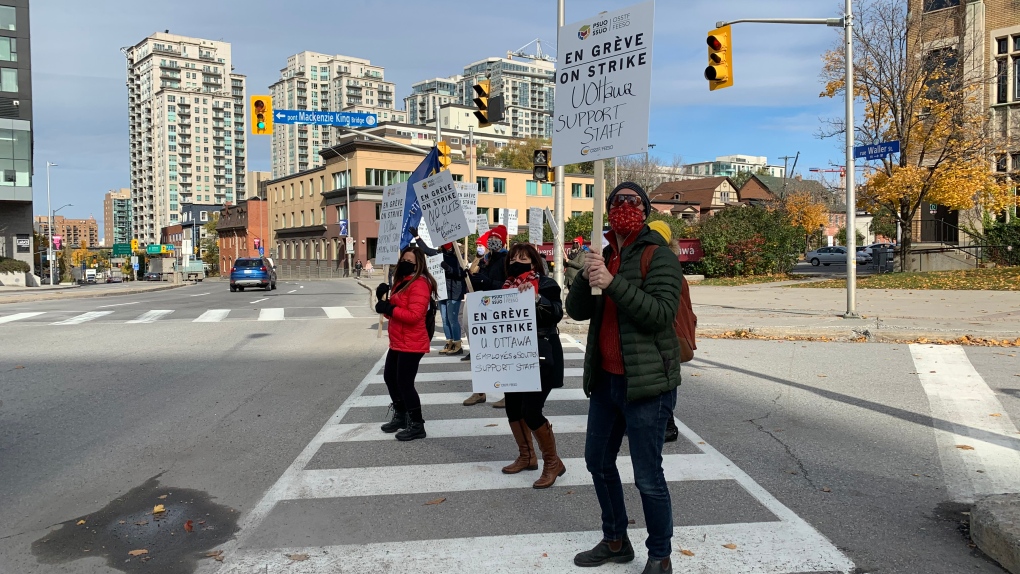 OTTAWA -- Roughly 1,300 support staff at the University of Ottawa have entered week two of strike action.

The strike could put academic milestones on hold, delay grants, and limit or remove access to the library.

Polly-Anne Leveille is the supervisor for academic services. She took to the picket lines on Waller Street on Tuesday.

“We’re already emotionally drained and I feel like this has been like putting oil on fire,” she said.

UOttawa and the union representing support staff have been bargaining for nearly 19 months. Striking during a pandemic has worried picketers that their message could go unnoticed.

“With COVID-19, the fact that we have to be in small groups. There’s no one on campus. We’re trying to be creative to be seen, to be heard,” Leveille said.

Some of the sticking points include cuts to medical coverage, top-ups to parental leave, and retirement allowance.

“The University wants to cut our benefits during a pandemic. We’re not asking for more money, we just want to keep what we have,” said PSUO-SSUO president Marcelle Desmornes.

The union rejected what it calls an “unacceptable final offer” brought forward by uOttawa last week.

“We are very disappointed about the outcome,” Karina Adam, Associate Vice-President of Human Resources with uOttawa, wrote in a message to support staff on strike.

“We want you to know that we have listened carefully to your concerns and we have made significant improvements to your terms and conditions of employment since our last offer in June,” the message reads.