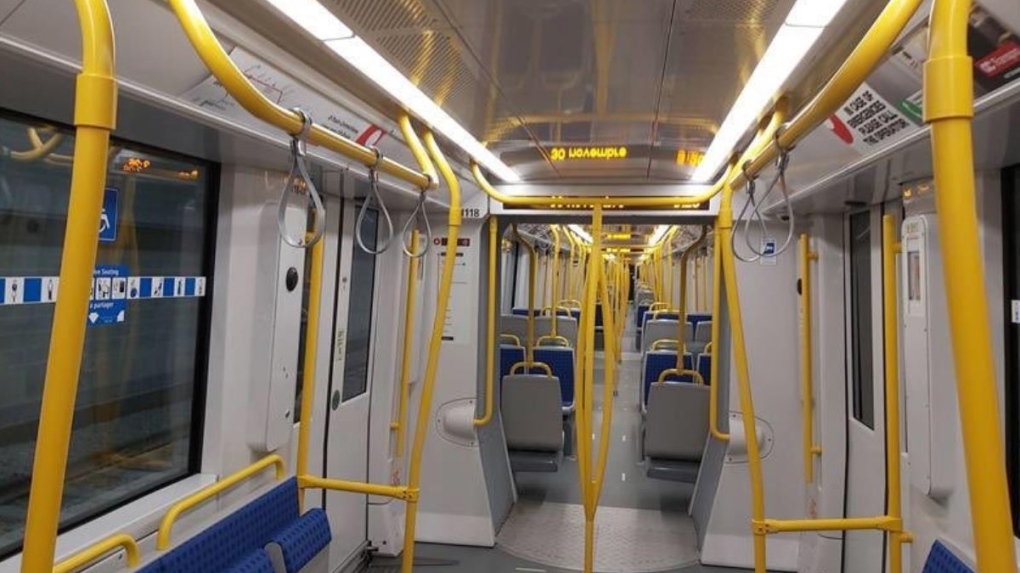 OTTAWA - Passengers can now hold on to overhead straps while standing on the Confederation Line.

Mayor Jim Watson tweeted a picture on Sunday of the first batch of overhead straps on the two and a half month old line.

@OC_Transpo has begun to install the first batch of overhead straps on LRT. All the trains will be equipped with straps in the coming weeks. Merci à tous nos usagers du transport en commun de leur patience! pic.twitter.com/9IUbXPsNC6

Passengers have complained about the overhead bars being too high to reach while standing on the line.

Last month, OC Transpo announced orders had been placed for 500 strap hangers for the trains. The strap hangers will enable half the fleet to be equipped.

The update said “the remaining strap hangers will start being installed upon receipt.