IROQUOIS, ONT. -- A group has been hard at work south of Ottawa digitizing century-old newspapers from Stormont, Dundas & Glengarry ahead of the online archive launch next week.

Deep in the Dundas county archives building in Iroquois, Ont, archivist Susan Peters grabs another stack of newspapers, ready to be archived.

"A lot of the newspapers that I've been receiving, especially the old ones, are in pretty rough shape. It involves having to piece them together," Peters said, holding up a paper from 1890 with a damaged cover.

"Sometimes you get a box full of newspaper fragments and it’s a matter of basically doing a puzzles, trying to find a way to keep from deteriorating any further but also to try and piece them together to get a whole unit," she added.

Local MP Eric Duncan has been involved with the project for about three years, and is excited for the online launch. 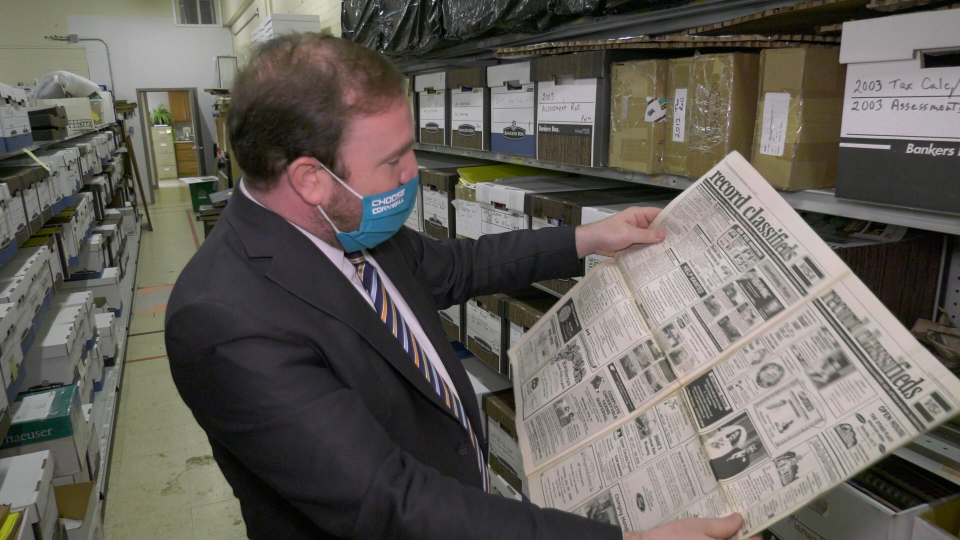 "We have an amazing amount of history in our area, but a lot of the newspapers and collections were in basements, up in storage property and even in garbage bags," Duncan said. "We even had some that ended up in dumpsters that were saved, so we wanted to not only preserve them, but make sure we preserve the access for this online for ever and a day."

The county contributed nearly $200,000 for the program over the years, which will launch officially on Monday.

Newspapers from across SD&G will be featured, include the Winchester Press, Chesterville Record and Morrisburg Leader. 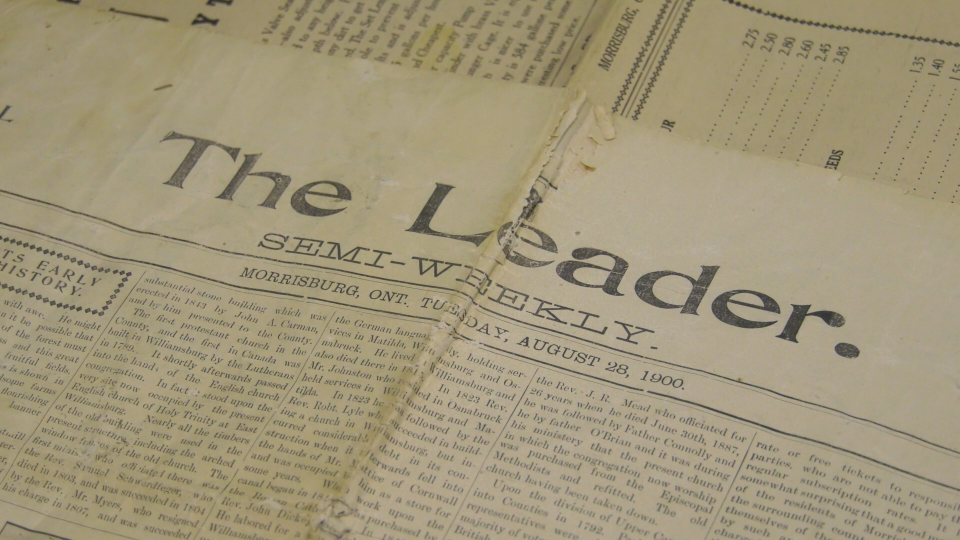 "The earliest paper we have is 1865, there are some scattering pieces from earlier than that,” Peters said. “Unfortunately, the earlier editions are very much hit-and-miss.

"We have a number of publications in Dundas County that only lasted a short period of time but thankfully due to donors we've managed to get a lot of these things," Peters added.

"The Morrisburg Banner lasted for about a year, less than a year. It was during the time when ken carter wasa trying to build a rocket car to cross the river so we have that on record as well," she added.

"Not only is it preserving it, keeping it online forever and a day, it's going to be easy to do right from home as opposed to searching through hundreds of newspaper pages trying to find an article," Duncan said. "You can type in your search and it will pop up within a matter of a couple of seconds."

With the help of Mallorytown company Image Advantage, more than 200,000 pages have already been scanned.

"It's really going to be a massive history going back over a century and its going to be a free online access for anybody to use at anytime," added Duncan.

Also added to the digital collection, over 2,000 photos from the Lost Villages Museum in Long Sault, Ont.

"People have arrived at our archives at the Lost Villages to search these binders, but now they will have that opportunity of having much more accessibility to all of the collection and thats pretty exciting," said Jim Brownell, president of the Lost Villages Historical Society.

"The lost villages were those villages that lost to the flood of 1958, the seaway and hydro projects between 1954 and 1958," added Brownell. "We lost completely six villages, three hamlets and the farming island of Sheik Island. This is what are photographs are all about."

"This opens the history book. I think it’s amazing that people will now have a much more detailed view of each of these towns from the photographs," he added. "It's just making it more accessible and opening those history books. More and more people are wanting to search and learn more about the history of either their own local communities or people coming from a distance and discovering this story of lost villages." 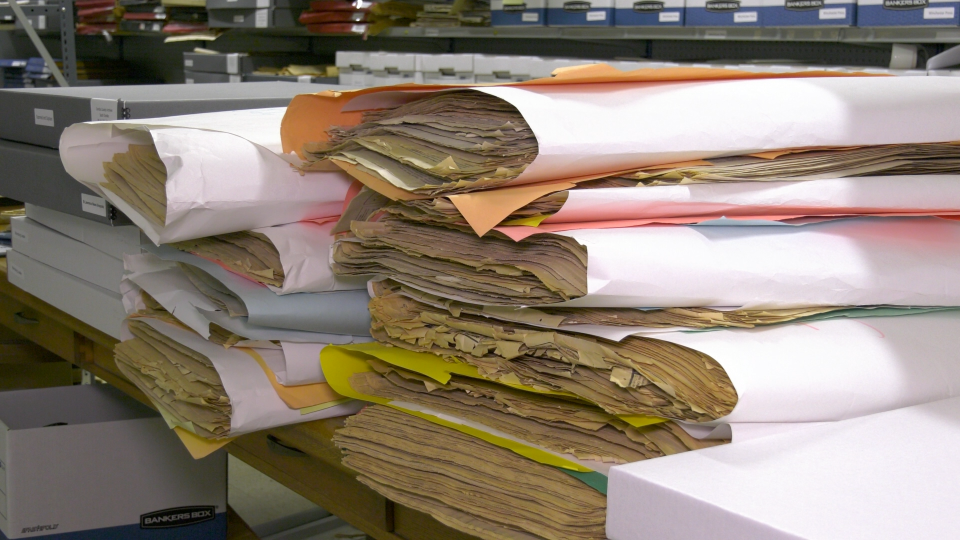 There are still lots of newspapers to go through and the site will have new items added regularly.

Duncan thanked the community for all the donations over the years.

"The support has been wonderful for, it and again it stretches right across our rural region," he said.

"I think people love history, they want to see it preserved,” he added. “We are unfortunately one fire away from wiping out a ton of our local history so this project I think is only going to grow across the province.”

Peters said the community coming together to provide the newspapers for the collection is “quite the accomplishment.”

"This is huge because the material you're going to find in these newspapers, it's information you're not going to find anywhere else and in many cases these are the only issue that exist anywhere in the world," Peters said. "To be able to actually access the original papers, as we see they are pretty fragile, to be able to search them online is huge. It’s phenomenal."

The official launch of the online archive is set for Monday, May 3.