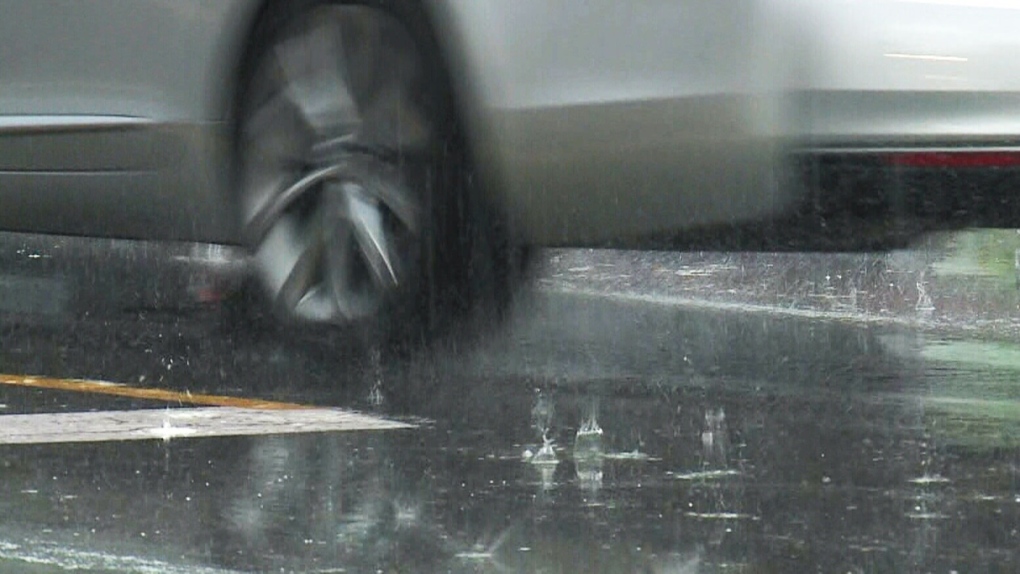 OTTAWA -- A storm system that moved over eastern Ontario on Monday has brought mostly rain to parts of the region as temperatures remained above the freezing mark.

Environment Canada had been calling for significant snowfall amounts in parts of the Ottawa Valley from Monday through Wednesday, but it appears that the air has still been too warm to turn much of it to snow, especially in the city of Ottawa.

"Rain is the major thing right now," says Envrionment Canada meteorologist Geoff Coulson. "Temperatures have remained above the freezing mark. You'd have to go up towards Mattawa and that area to find it cold enough to have snow."

A special weather statement on Tuesday for the Barry's Bay and Killaloe area still calls for 10 to 20 cm of snow Tuesday through Wednesday, but other areas like Renfrew, Arnprior, Pembroke and Petawawa have been removed from the statement.

Further north, toward Deep River, the weather service is also calling for 10 to 20 cm.

Coulson says forecasters still expect some snow overnight into Wednesday, but it's not going to be as significant as first predicted.

"The system is over upstate New York right now, slowly moving north towards Ottawa and that will bring the cold air," Coulson says. "Overall amounts are not expected to be great, maybe a few centimetres overnight and another few centimetres tomorrow."

There are some snowfall warnings in the province, but they're mostly for areas near the Georgian Bay and Lake Huron.

"Those areas are just on the cold side, plus they're getting the wind off of the lake, so that is where most of the snow will be," Coulson says.

According to figures from Environment Canada's weather website, 9.5 mm of total precipitation was observed at Garrison Petawawa on Monday. The Ottawa airport saw 12.3 mm.

For areas that are expecting to see snow, Environment Canada says the snowy conditions will make travel conditions difficult on roads.

No weather advisory is in place for the City of Ottawa at present.