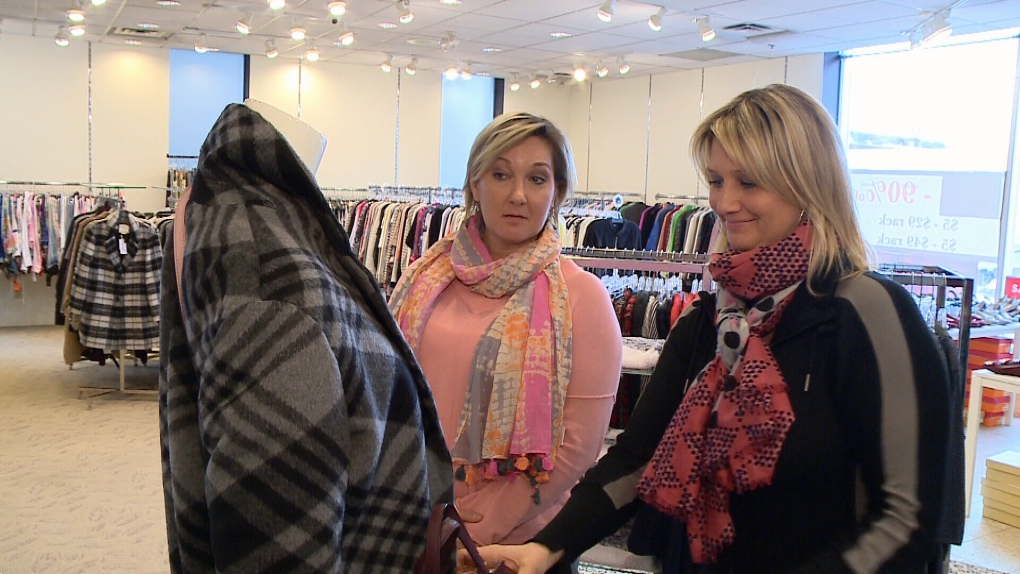 A family owned business is struggling with its fourth break-in in a little over a year.

Fashion United owns two stores; this latest robbery happened at its shop in the Byward Market. Thieves smashed the door early Saturday morning at the store on 112 Parent, hitting two other shops in the market as well.

The plywood covering the door tells it all.  Fashion United, formerly the Lida Boutique, was abruptly “opened” early Saturday morning when a rock was thrown through the door.

“I got called at 6:30 Saturday morning by the alarm company,” says Olenka Stepchuk, who co-owns the store with her sister Tamara.  I walked through the door to see what happened, to see if anything was stolen and the cash box was right here on the side, empty.  That's all he took, thank goodness.”

That; and the peace of mind of the two sisters running the boutique.  Their mother, Lydia,  started the shop 40 years ago.

Surveillance footage shows someone grabbing the cash box.  He's out the door in under a minute.  Richard Robinson on Sussex was also hit along with a coffee shop.

This is the first time in decades the Stepchuk’s store in the Byward Market has been broken into but it's the fourth time in a little over a year that the family business has been targeted.”

Last July, someone rammed a stolen SUV through the front door of their Westboro shop, the third break-in at that location.

“In the winter, it was coats,” says sister Tamara Stepchuk, “in the summer, they went after all our designer leather handbags.”

The sisters have now installed bars and a gate.  Their insurance rates have spiked and so has their level of insecurity.

“Even if you're trying to sell something,” says Olenka, “you're wondering, “Are they here to buy or to steal later?”

Police believe all three break-ins in the Market were committed by the same person.

“As of this afternoon, one person is in custody and the investigation is ongoing,” says Staff-Sergeant Mike Haarbosch with the Ottawa Police Robbery and Break-in Unit, “and we anticipate charges being laid.”

The Stepchucks can only hope that's the end of it.

Police have also issued a warrant for a woman in connection with one of the break-ins at their shop in Westboro.

Still, that leaves the sisters without their merchandise and worrying they may get hit again.