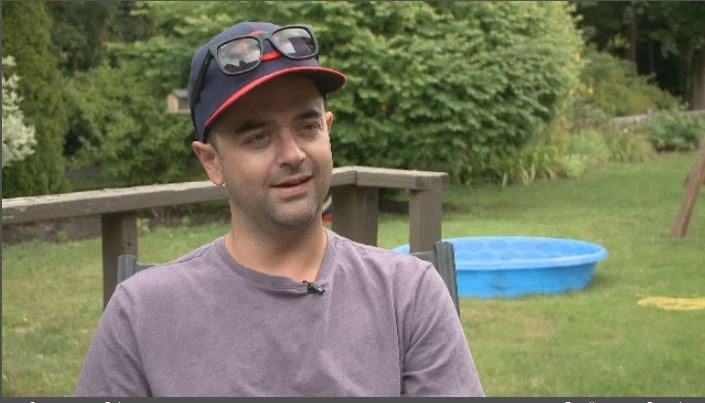 A Stittsville father says he is being refused a refund by West Jet after he was recently diagnosed with cancer.

Al Pritchard booked four tickets from Ottawa to Halifax with West Jet Basic Fare back in June. He decided not to purchase insurance.

In July, he started to have chest pains. He went to the doctor’s and was diagnosed with cancer.

“I got to an X-ray, got a CT scan, and they found a mass in my chest… a couple of weeks ago I was diagnosed with lymphoma.”

The young father of two had his first chemo treatment on Thursday and was deemed unfit to travel.

He reached out to WestJet for a refund, but West Jet says no exceptions can be made.

Pritchard says, “A corporation as large as West Jet, there has to management and there has to be leadership to challenge these policies when situations like mine arise.”

In a statement to CTV News, West Jet says, “We are very sorry to hear about what the family is going through. I am certain it is a very difficult time and we are sincerely sorry for the situation they are in.”

The statement continues to say;

“In reviewing this guest’s booking, I can confirm that the fare booked was one called “basic fare”. WestJet receives many inquiries from guests asking for exceptions to basic fare rules for extenuating circumstances, however, it is not possible to waive this policy. Understandably, if WestJet was to make an exception for one situation it would only be reasonable to make it for all, thus making the purpose of basic fares obsolete.”

Pritchard says he understand policies, and says he has asked about a credit, but has not heard back.

Pritchard says he hopes to keep pushing for change, to prevent this from happening to others who may find themselves in similar situations.

“It’s something that I can’t let go, that easily, and it’s definitely a stress... and when you receive these emails that just say ‘no’... It’s just one more thing.”