Stay off the Rideau Canal ice surface until the skateway opens: NCC 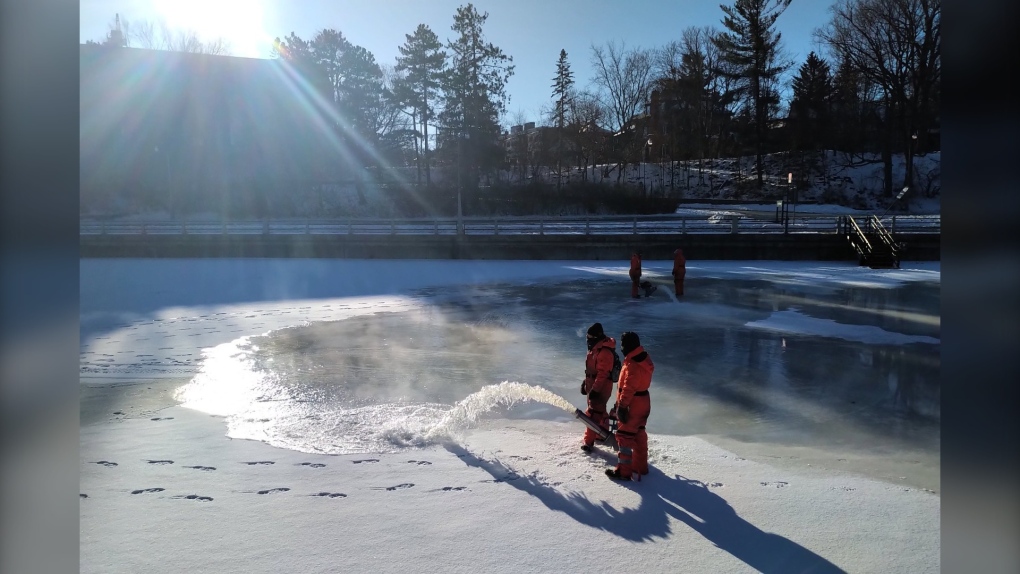 As crews work to ready the Rideau Canal Skateway for another season, the public is being reminded to stay off the ice.

Workers could be seen flooding the ice surface on Monday with high temperatures hovering around -10 C.

But their presence must not be construed as a sign that the ice surface is stable, the National Capital Commission says. The crews are flooding the ice to thicken its surface.

“The Rideau Canal Skateway team are professionals who know how to manage the risks associated with their work,” the NCC said in a news release last week.

“The public is asked to remain off the Rideau Canal, as the surface of the Skateway remains dangerously thin.”

The water level beneath the ice surface varies from about one to 4.3 metres deep along the canal. The skateway typically opens in January when the ice is at least 30 centimetres thick.

Crews are out working on @NCC_Skateway this afternoon. #ottnews pic.twitter.com/g6HDP6dRNN

The pathologist who conducted an autopsy on Chantel Moore says the 26-year-old Indigenous woman was shot twice in the chest, once in the abdomen and once in her left leg.