Spread out tables, fewer patrons, but masks off to eat: how indoor dining will change in Stage 3 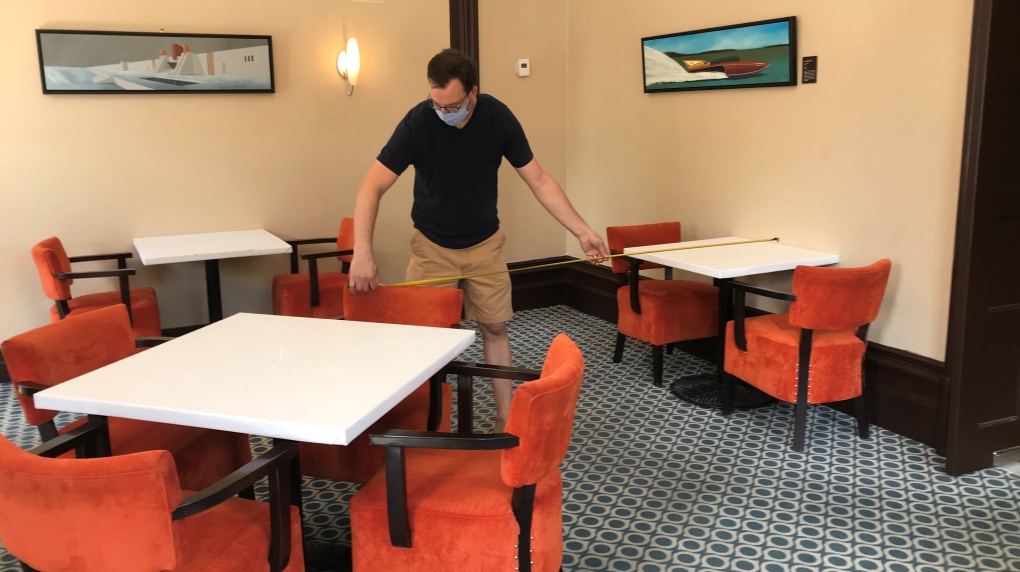 OTTAWA -- Restaurants in Ottawa are getting ready to welcome diners back inside their dining rooms for the first time since the COVID-19 pandemic forced them to close.

Ontario Premier Doug Ford announced on Monday that Ottawa would be among the regions moving to Stage 3 of the province's reopening framework as of 12:01 a.m. Friday.

Stage 3 will allow nearly all businesses in Ottawa to reopen with pandemic control measures in place. Restaurant capacity is limited by how much space they have to keep tables will be spaced at least six feet apart.

Masks are required in all indoor public spaces in Ottawa, and that will include restaurants, come Friday; however, you are allowed to remove your mask to eat and drink. You will be expected to have your mask on while waiting to be seated and while moving around the restaurant, to the washroom, for instance.

At Beckta Dining & Wine, owner Stephen Beckta says they're going all out to get ready.

"We have had our teams in prepping and cleaning for a while," he says. "but now it is full throttle, pedal to the metal, lets go."

Beckta has been able to run large covered patios at his other restaurants Gezellig and Play, but he says things will look different when the dining rooms reopen.

"All of our staff will be masked up and will be washing their hands in between touching of plates," he says. "One team to serve, one team to clear, so that there are lots of regimented steps."

Beckta is also creating a new job at each of his restaurants.

"We will have a sanitation manager so we have someone constantly looking at sanitation throughout the place to makes sure that risks are as tiny as they can possibly be."

Beckta said staff will also be taking the contact information from at least one guest from each party to aid in contact tracing, should it be needed.

Reservations are already coming in and while the food will be just as delicious, Beckta is telling patrons now, it may not arrive quite as quickly as it used to.

"It may take a little longer to get your food because of their new protocols. We are partners and want to get things back to normal as quickly as possible."