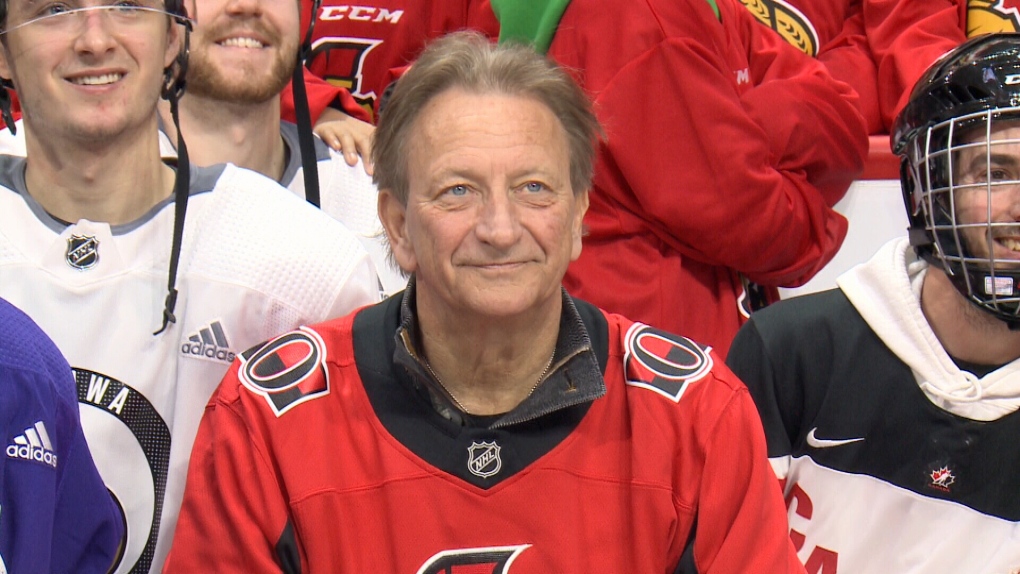 Shielded by staff from questions by reporters and mired in a billion dollar legal battle with partner-turned-enemy John Ruddy, Melnyk hosted his 15th annual Skate for Kids event.

Enduring one of the toughest weeks in franchise history, the owner, through team representatives said he wasn't going to discuss business; focusing instead on the children.

Melnyk's former players however, had plenty to say on the idea of moving the team.

Chris Neil and Chris Phillips - who spent their entire NHL career in Ottawa said bringing a team to LeBreton flats would help grow the fan base.

“I like it here, it's close to home right now but I would love to see a new rink downtown, hopefully things will get ironed out.” said Phillips.

As an Ottawa native and a defenceman for the NHL's Senators, he said a new facility in the city's core would be a boon for its citizens.

But on Thursday morning, he was left wondering what lies ahead after the National Capital Commission moved to terminate a development deal that would have included a new NHL rink a short distance from Parliament Hill.

"As someone who grew up here, plays here now and likely will be living here in the future, I think a rink downtown is something that the city needs eventually," Borowiecki said. "I'm not at the negotiating table, that's not for me to decide or understand, but as someone who plans to stay here for a long time as a resident, it would be nice for my wife and I to be able to bring our kids downtown for a game one time.

"At this point, it is what it is and hopefully things get worked out."

There was a sense of excitement in the city back in April 2016 when the NCC selected a bid from the RendezVous LeBreton group, which included Senators owner Eugene Melnyk, to redevelop the prime land near the downtown core known as LeBreton Flats. Part of the development plans included a new arena.

Ottawa's mayor, Jim Watson, said the NCC decision to terminate the deal between parties engage in a legal dispute is the right move.

“It was clear when I got involved that there was a pretty strained relationship between the two proprietors and obviously that dragged on a fair amount of time and we don't have a lot to show for it, quite frankly.” said Watson.

Not hiding her frustration. Ottawa Centre MP Catherine McKenna weighed in on the deal's collapse for residents and fans of the team.

"We are in a very unfortunate situation when it comes to LeBreton flats. We have seen a very dysfunctional relationship playout and like residents of Ottawa and Gatineau I’m really disappointed" said McKenna.

More than two years later, a downtown arena in the foreseeable future seems unlikely. The NCC announced Wednesday that it is seeking to terminate the agreement with RendezVous, effective 30 days from initial notice.

The news was hardly a surprise as Melnyk and business partner John Ruddy had sued each other in recent days over struggles within the RendezVous consortium.

The Senators released a brief statement Wednesday expressing disappointment at the NCC's decision.

"For over a year, we have tried to resolve our concerns about the flaws in the economic model for the redevelopment, both within the context of our private negotiations with the NCC and then publicly since November 22, 2018."

"There's definitely some uncertainty right now," Borowiecki said. "I get it. It's tough probably for the city and this community. You probably look at a place like Edmonton, they got a beautiful new rink downtown, and Detroit just got one.

Cody Ceci, who grew up in Ottawa's east end, said a downtown arena would have facilitated things for friends and family who live clear across the city from the Canadian Tire Centre -- the Senators' current home in Kanata.

He added recent developments were also disappointing for players who don't hail from the nation's capital.

"Some guys want it down there because they live down that way and it would make for an easier commute," Ceci said. "It would have been fun. They could go to different restaurants and stuff.

"A downtown arena would make it easier for a lot of people since they could go right from work instead of getting in their car and driving to the west end. I know people are trying to move downtown, but not every team has a downtown rink."

Eugene Melnyk joining the kids and his ⁦@Senators⁩ team for the big Christmas photo ⁦@ctvottawa⁩ pic.twitter.com/IoStlRNXfO

The NCC meets again in late January to decide the fate of the RendezVous Group agreement.

With files from Lisa Wallace / The Canadian Press 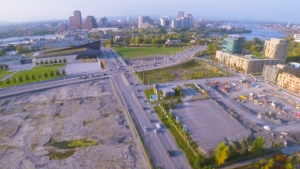