BELLEVILLE, ONT. -- The city of Belleville, Ont. continues to clean up after severe weather swept through the region on Thursday.

Now investigators are trying to determine whether it was a tornado or a different type of wind event that ravaged the region.

Belleville homeowner Ann Duncan said it was a matter of inches after a tree fell on her property during the storm.

"I was very fortunate because the tree could have fallen right on the deck, but instead, it fell between the carport and the turret," Duncan said.

She received the severe weather alert and quickly headed inside around 3 p.m.

"The skies got pitch black and then it didn't last long, it was horrendous winds," Duncan said. "I forgot I left my bedroom window open so I ran upstairs and by the time I came down - lightning, heavy, heavy winds and in about 15 minutes it was gone."

"The alert really helped. It's like not that you can do anything but you're conscious and you're inside and a lot of people went down to their basements and took protective measures," she added.

The only damage her property sustained was to a couple eavestroughs and a fence.

She says she can't remember a storm like this since she's lived in the city.

"I lived in Puerto Rico for 13 years so I've been through several hurricanes," she said. "They are like 8, 10, 12 hours, so they are much more intense and much longer and much more severe damage." 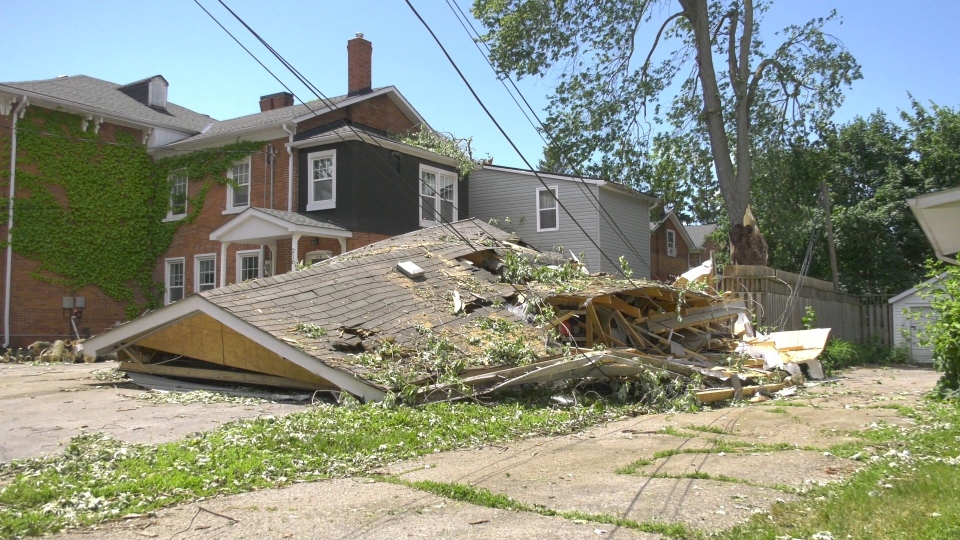 One street over from Duncan, a tree fell on a garage causing major damage. Two vehicles were also inside.

"Literally, it was like being in a car wash," said Belleville mayor Mitch Panciuk. "The wind, the water was going sideways, buildings were shaking."

"I think the Environment Canada and the weather companies did a great job preparing us. They told us early on that there was a high probability of severe storms, severe thunderstorms, so I think a lot of us were aware of that," he said, adding no injuries were reported.

At the height of the storm, Panciuk said the whole city was without power, but as of Friday afternoon only about 2,000 homes were still in the dark.

He said everything is expected to be fully restored Friday night.

"We're making quick work," he said. "We brought and extra crew in last night to be able to handle the street cleanup, Elexicon worked throughout the night and we were also loaned some resources from Hydro One and other contractors in the area."

"We didn't have any fatalities yesterday which is really amazing when you look at the damage," Panciuk added. 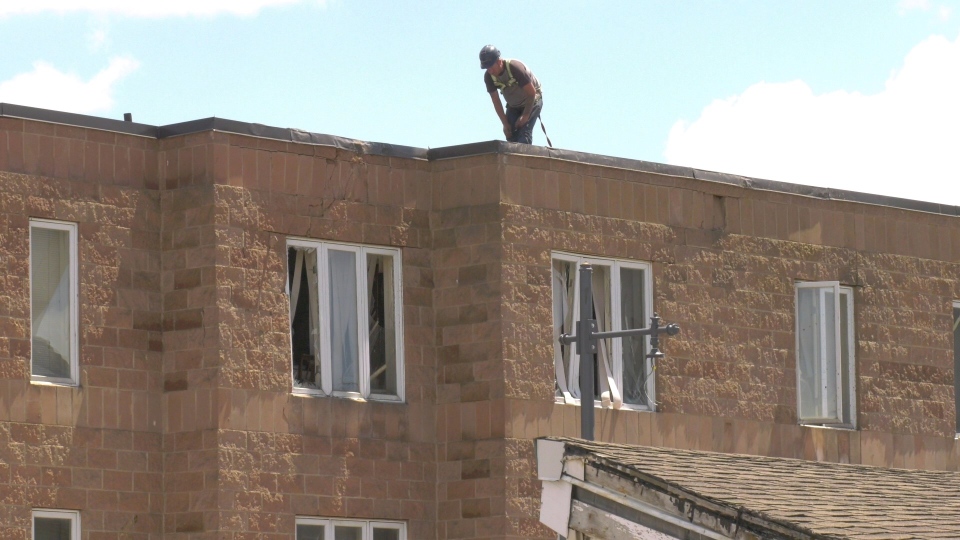 Downtown buildings also sustained damage, with a roof being blown off one and into another, breaking windows. A crew could be seen on the roof checking it over.

"We have several tree reports, reports of structures that were hit by trees and then from there we are going to be continuing on east," said NTP Engineering Researcher Aaron Jaffe.

"There's damage kind of between Belleville and Kingston, and even past Kingston closer to Brockville as well as in Mallorytown, so we have a lot of places to check out today.

"One of our main goals will be to determine whether this was a tornado or some kind of downburst that caused the damage," Jaffe said, aiming to have a classification of what type of storm hit the region by Saturday.

"It's definitely important to understand exactly what wind event happened," he added. "All of this is to help us develop a better tornado climatology for Canada and at the end of the day that helps better predict these storms and prepare for them."

"Part of what helps with that is people sending in any kind of damage they get or videos they get of potential funnel clouds," Jaffe said. "Anything like that can be helpful."

"By in large everybody is really lucky. We dodged a bullet," added the Mayor.

"A lot of homes trees came just inches away from the structure and some people have no damage, so I think we are all very grateful today that it wasn't more serious," he said.