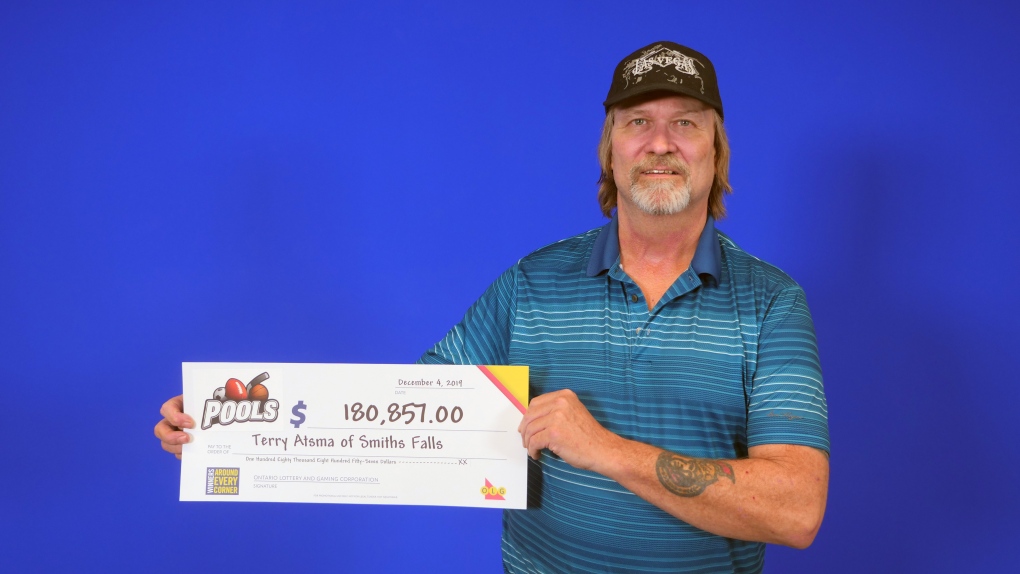 SMITHS FALLS -- Terry Atsma is a father of six who can now share his story of picking every NFL game correctly in the Ontario Lottery NFL pools game.

There were only three winners last weekend in all of Ontario.

He plans to buy a new vehicle and share his winnings with family.

The winning ticket was purchased at Scott's Corner Store in Smiths Falls.