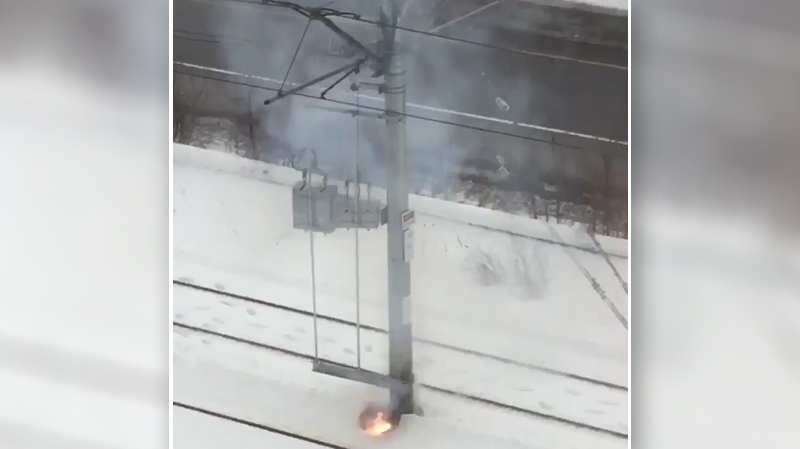 Ottawa Fire officials responded after flames were spotted at the base of a pole for the new Light Rail Transit line.

It broke out in Gloucester outside a building at 4200 Labelle Street.

Smoke was spotted from Highway 417 which runs parallel to the rail line.

Danielle Cardinal from Ottawa Fire Services says the call came in at 12:07 p.m. on Thursday and crews cleared the scene by 12:45 p.m.

Extra crews were sent to the scene out of concern for the live elecrtricity lines in the area, but they were not needed.

The flames were extinguished by a crew working on the LRT line.

There were no injuries. The extent of damage done to the LRT line is not known.