Small businesses could receive up to $20,000 from the province 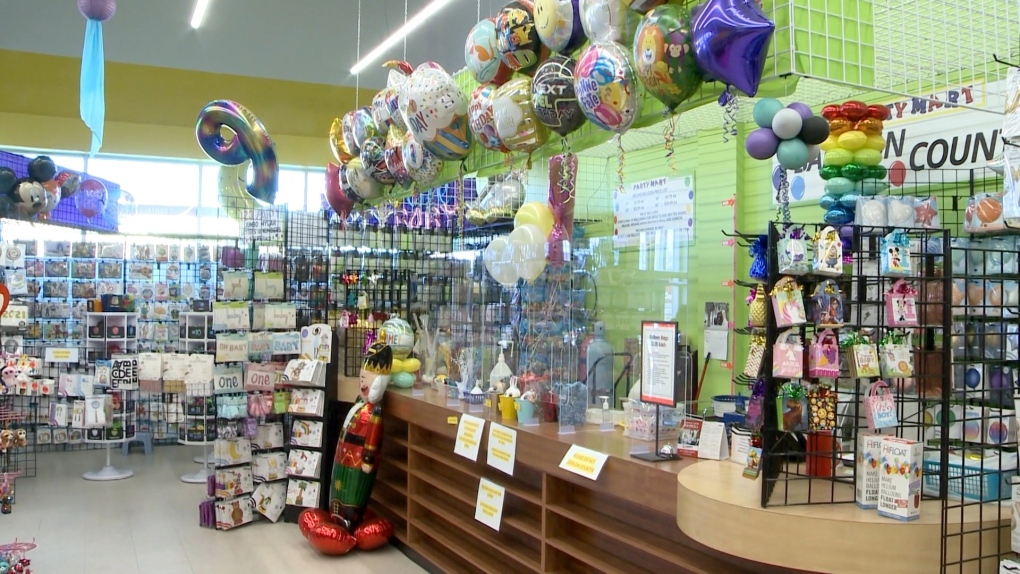 The owner of Party Mart, which has three locations in the capital region, says she's not sure the new grant from the Ontario government will make a difference for struggling small businesses.

OTTAWA -- If you own a small business, you’re more than aware of the struggles that COVID-19 and the pandemic has brought.

The Ontario government has launched another program which can provide financial support.

The new Small Business Support Grant provides between $10,000 and $20,000 to eligible small businesses who have had to restrict their operations due to the provincewide shutdown.

“Anytime anyone is giving you a grant, ‘free money,’ - it helps” says Natalie Peterman, owner of Party Mart. Her small business, has three locations, two of which are in Ottawa (and one on the Quebec side).

She’s already applied for the grant through the portal, and is hoping to receive the maximum.

“I’m very happy for it, but it’s not going to make the difference that many small business owners are going to need.”

Peterman says that between her stores’ three locations, she pays around $60,000 per month in rent. Running a small business over the last year has been difficult, she says.

“I don’t want to seem like it’s doom and gloom out there, but it’s bad; it’s really bad, and these are people’s livelihoods - we take this seriously.”

Her stores sell party supplies, and during the lockdown locations have been limited to curb-side only. The pandemic has had an impact on sales, says Peterman, “I would say to date right now, year over year, we’re approaching the million dollar mark.”

“It’s been a terribly hard time a lot of families that own small businesses here in Ottawa,” says Michael Wood. He owns Ottawa Special Events and is also an advocate for small business. He says his revenue is down 97 per cent from last year, “I have not paid myself since March; and, I’m not the only one in that predicament, where I haven’t been able to pay myself.”

“This is not often said by a finance minister or president of the treasury board, but I really want to spend it; I really want people to apply.”

To qualify for the money, the province says eligible small businesses include those that: