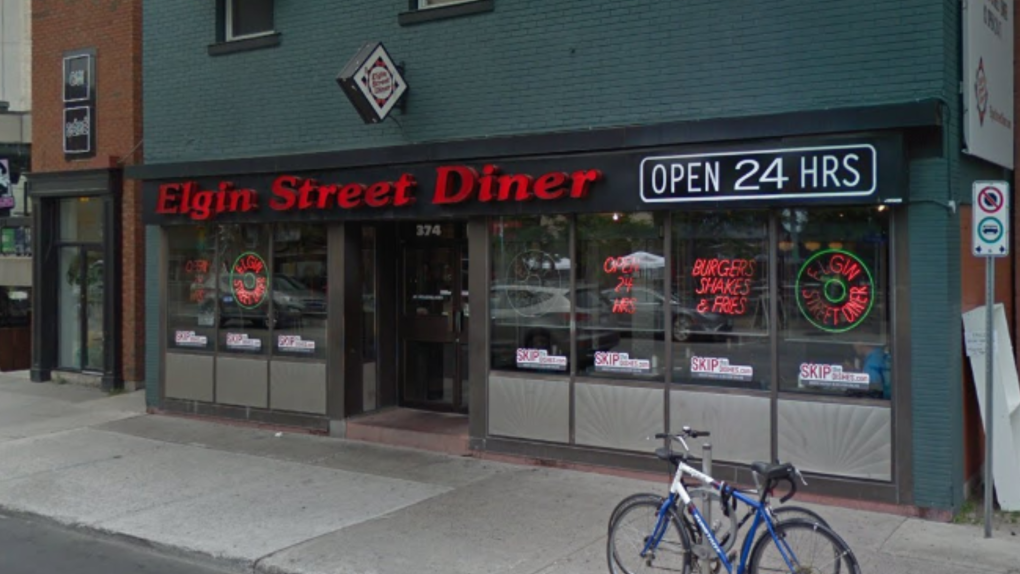 The Elgin Street Diner as seen on Google Street View.

OTTAWA -- With Canadians staying home and ordering in during the COVID-19 pandemic, apps like SkipTheDishes have seen a surge in popularity. A local restaurant is seeing the effect of that firsthand.

According to SkipTheDishes, customers of the Elgin Street Diner are among the most generous tippers in Canada.

SkipTheDishes says it launched a "community support program" in late March that allows users to provide a tip directly to the restaurant from which they're ordering. SkipTheDishes says Canadians have tipped their favourite diners more than half a million dollars since March 23, when the program began.

The program also goes toward local food banks, with SkipTheDishes committing to match tips, dollar-for-dollar, and donate that money to Food Banks Canada, up to $1 million.

SkipTheDishes says the Elgin Street Diner is in second place for the most tips, behind Surrey, B.C.'s Pink Lotus Pho.

To commemorate other communities that have given a little extra to their local restaurants through the app, "wannabe Canadian" Jon Hamm recorded a brief video to say thank you.

Apps like SkipTheDishes and Uber Eats have been criticized during the pandemic for taking a large cut from each order, which eats into the local restaurant's profits, at a time when dining rooms are closed.

The app announced in April it was giving a 25 per cent rebate to partner restaurants, which was expected to give $10 million to independent restaurants in Canada.