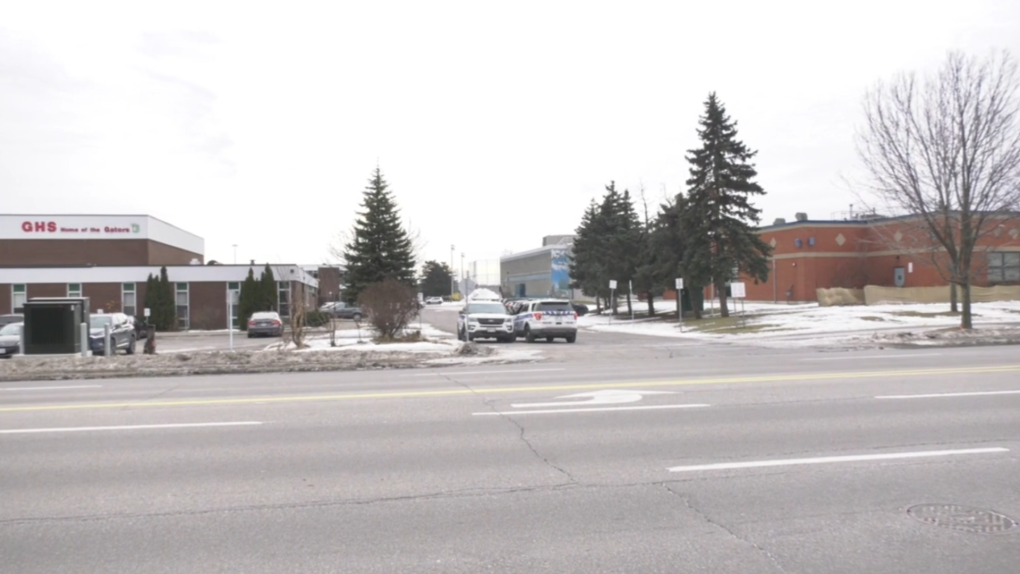 Ottawa police officers are on scene at Gloucester High School in response to an alleged threat made on social media. Dec. 15, 2021. (Dave Charbonneau/CTV News Ottawa)

Ottawa police say they have identified and spoken with six young people in connection with threats made against local high schools.

Police said in a news release Monday that they identified some of the sources of the threats and, in those cases, took "appropriate investigative actions" to deal with the individuals responsible.

"In other cases, though no credible threat had been identified, we have increased police presence," police said.

Police say they have so far dealt with six students between the ages of 12 and 16 who were linked to threats at a west-end school that police did not identify. The approach includes verbal warnings about the seriousness of the youths' actions or, in some cases, diversionary programs.

Last week, Ottawa police said they were made aware of a threat against Gloucester High School and increased their presence there. The Ottawa-Carleton District School Board said the threat was posted on social media. There was also reported a threat against West Carleton High School, according to the Ottawa Citizen.

"We are focused on ensuring a safe school environment and take this matter seriously. We have and will continue to work with the school boards to ensure communications with parents, guardians and the student population," police said.