Six speeders stopped in 30 minutes on Hwy. 417 through Ottawa on Sunday 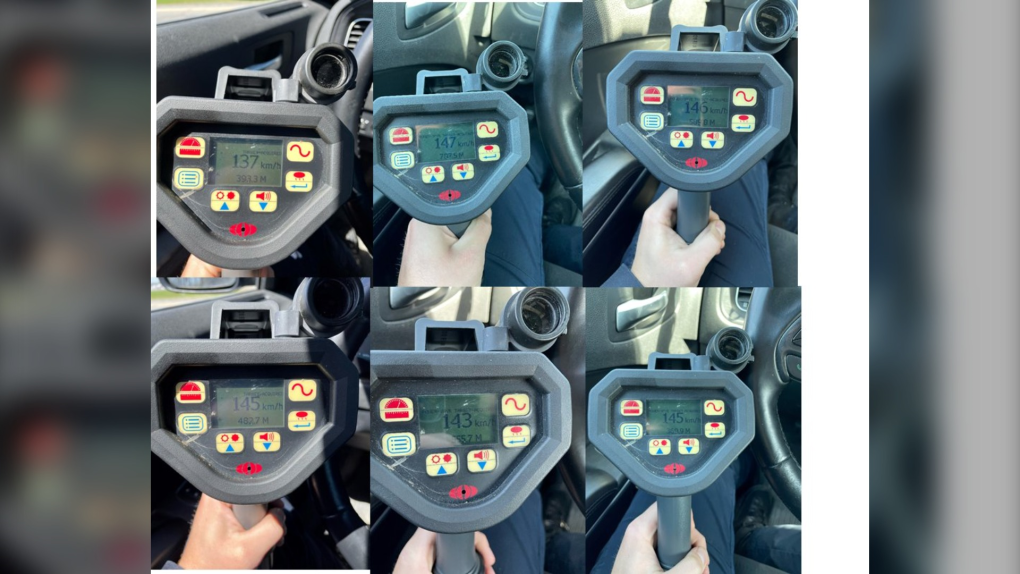 Six drivers were stopped for speeding in a 30 minute period on Highway 417 through Ottawa on a sunny Sunday afternoon.

Ontario Provincial Police shared an image on Twitter of six radar guns on Sunday with the speeds for each driver stopped for speeding.

“I wasn’t even hiding,” police said.

“Drivers charged with speeding, drive while suspended, and operate a motor vehicle without insurance,” police said.

#OttawaOPP are busy this Sunday… These speeds were observed on #Hwy417 within a 30 minute period and I wasn’t even hiding. Drivers charged with speeding, drive while suspended, and operate a motor vehicle without insurance. #SlowDown ^SC pic.twitter.com/hxyHMOJQiR

Russia strikes Kyiv as troops consolidate gains in the east

As Senate-confirmed justices end Roe, how will voters react?

Republicans are heading into a November midterm election that is poised to swiftly become a referendum on the court's decision to overturn Roe v. Wade, as voters decide which party should control Congress