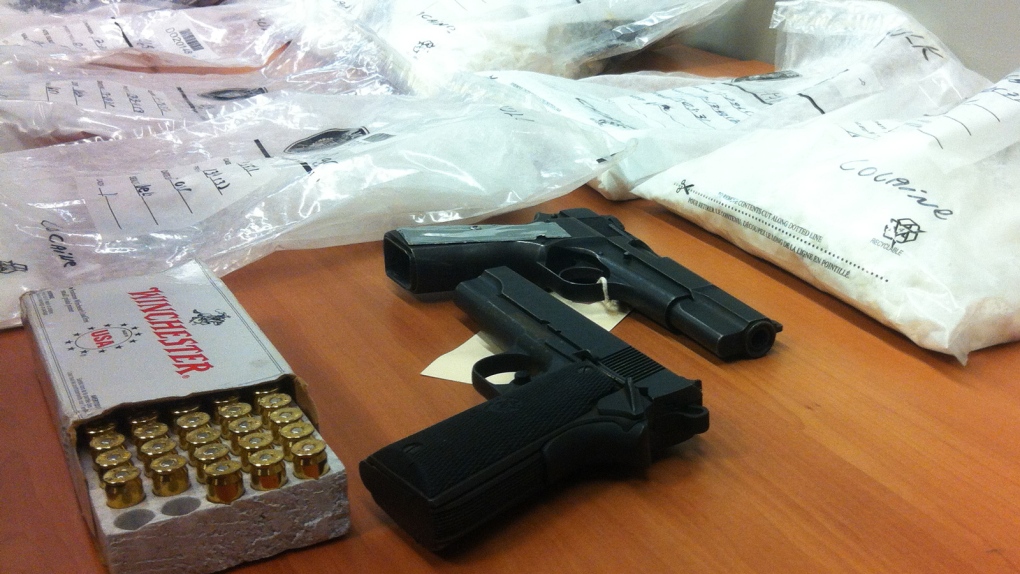 Six Ottawa gang members have been arrested and $700-hundred thousand dollars’ worth of cocaine seized after several raids over the Easter weekend.   The seven kilograms of cocaine were on display today at the Ottawa Police station, along with some firearms and other drugs.  Ottawa Police, working with police from Toronto and Gatineau, arrested six men, all in their 20's, after months of investigation aimed at dismantling a criminal organization.

“They all grew up in south end of Ottawa as teens,” says Staff-Sergeant Mark Patterson, with Ottawa’s Guns and Gangs Unit, “and I deal with these guys when I was part of the street gang unit in the late 1990’s, 2000, so they've been around for a substantial amount of time.”

They face a series of offences ranging from trafficking to possession of dangerous weapons to participating in a criminal organization.

The raids happened at residences throughout the city, including Kanata and Barrhaven.

“I was shocked when you tell me what happened.  That’s a big shock,” says Dib. “This is unusual, because this neighbourhood is a very good neighbourhood.”

The six-month investigation was dubbed “Project Apache”, the nickname of one of the individuals arrested.

“You're dismantling this,” says Staff Sergeant Patterson, “and getting $700,000 worth of cocaine, so it's a rather huge dent in relation to that particular street gang.”