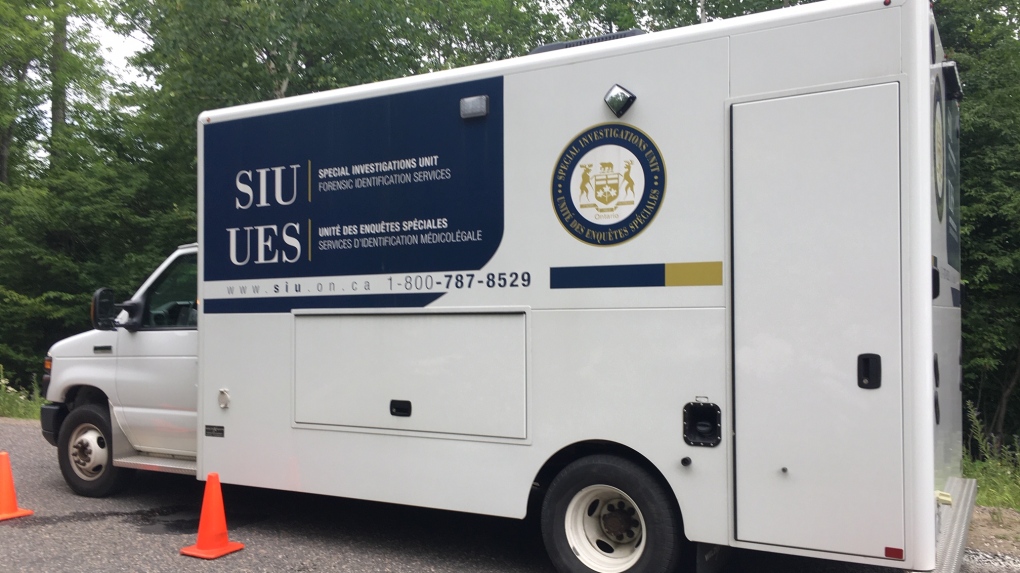 An SIU vehicle is seen in this undated file photo.

Police were called to the area of Ogilvie Road and Cyrville Road for a collision at around 10:30 p.m. Saturday.

Overnight, the Ottawa Police Service sent a press release saying that officers were "involved in an interaction with a member of the public" and that the SIU has invoked its mandate to investigate that interaction.

The Ottawa Police Service provided no other details.

Witnesses tell CTV News Ottawa there was a police chase prior to the crash. Ottawa police say they are still involved in investigating the circumstances of the collision.

In a statment on Tuesday, the SIU said Ottawa police officers had attempted to stop the driver of a Mercedes Benz at around 10 p.m. Saturday, May 22 in the area of Donald Street and Cummings Avenue. The driver allegedly fled and police followed. The Mercedes then crashed into another vehicle at the intersection of Cyrville and Ogilvie.

A woman from the second vehicle was transported to hospital with serious injuries.

The SIU says three investigators have been assigned to the case.