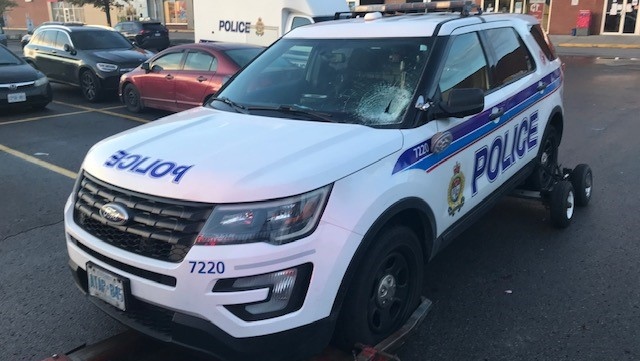 OTTAWA -- Ontario’s police watchdog has been called in after an Ottawa police officer struck a 26-year-old male pedestrian with his cruiser.

The Special Investigations Unit says the officer was responding to a call for service at Merivale Mall around 8:30 p.m. Tuesday night.

The man was seriously injured and sent to hospital.

Police said Tuesday night the call was a possible robbery. Witnesses reported several officers on scene outside the mall.

The SIU investigates incidents involving police that result in death, serious injury, the discharge of a firearm or sexual assault.