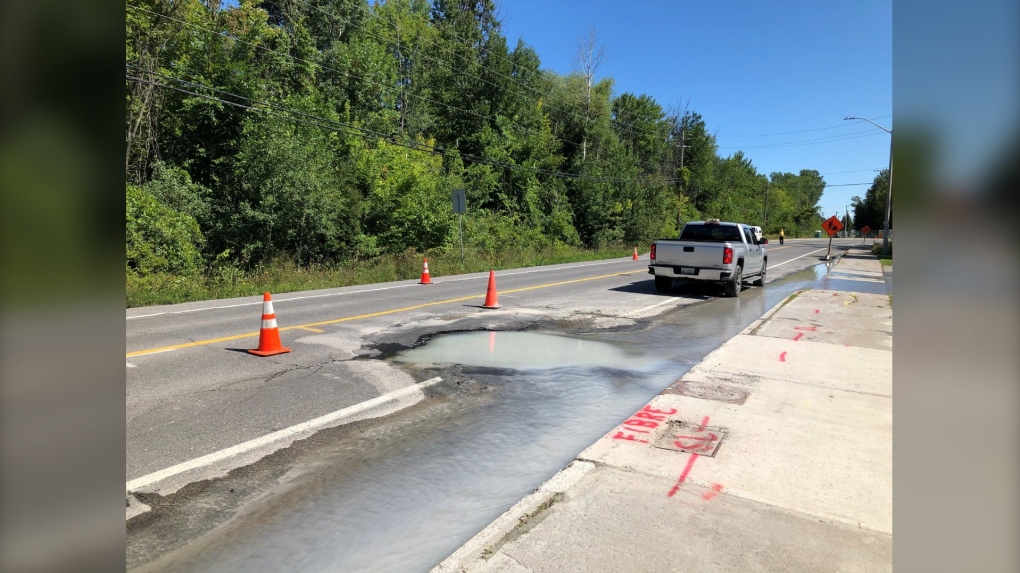 OTTAWA -- For the second time in as many weeks, residents say a sinkhole opened up in their Blackburn neighbourhood.

"As someone who walks this pretty frequently I can’t say I’m not super surprised," says Adam Tupper.  "Because the amount of traffic. It’s a smaller area. I don’t think they were expecting as much traffic to come through here as they up-build this community."

Those living in the area said the sinkhole formed Saturday morning on Innes Road near the corner of Blackburn Hamlet Bypass. The city says a burst watermain is to blame, flooding the nearby street and sewer system.

The first sinkhole formed in the neighbourhood on Aug. 7.

On Saturday, the sinkhole caused a pickup truck to get stuck, dangling its left front wheel over the 10-foot wide hole. 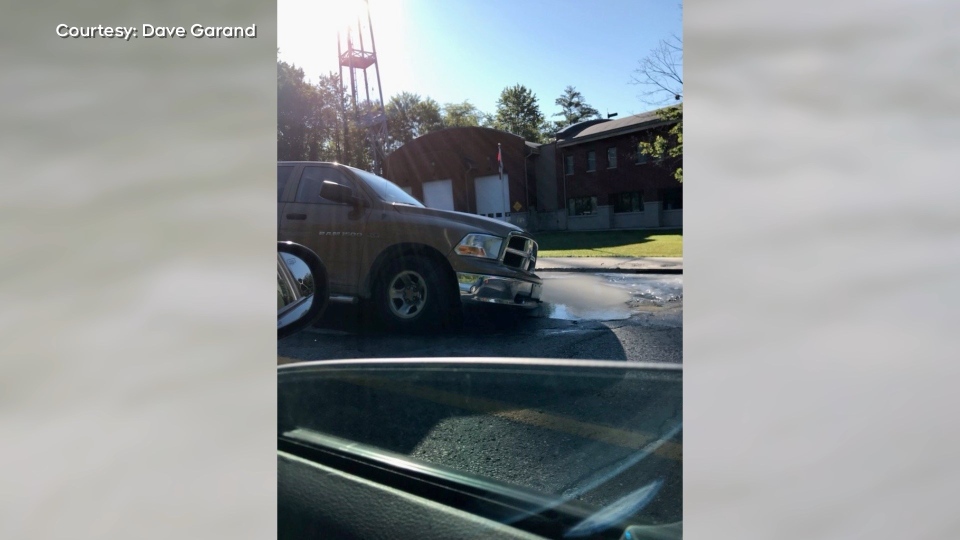 "Innes Road is closed in both directions between the Blackburn Hamlet Bypass and Cleroux as city crews repair a broken watermain at 3080 Innes Rd," says Carol Hall, Manger of Water Distribution at the City of Ottawa. "It’s estimated that the watermain repair could take more than 10 hours."

City crews remained on scene throughout the afternoon working to repair the broken water main.

"Ya there should be inspectors on those water mains to make sure ya know," says resident Randy Bens. "I mean how old. That must of been old enough to have collapsed like that and to cause all that wreckage after, ya." 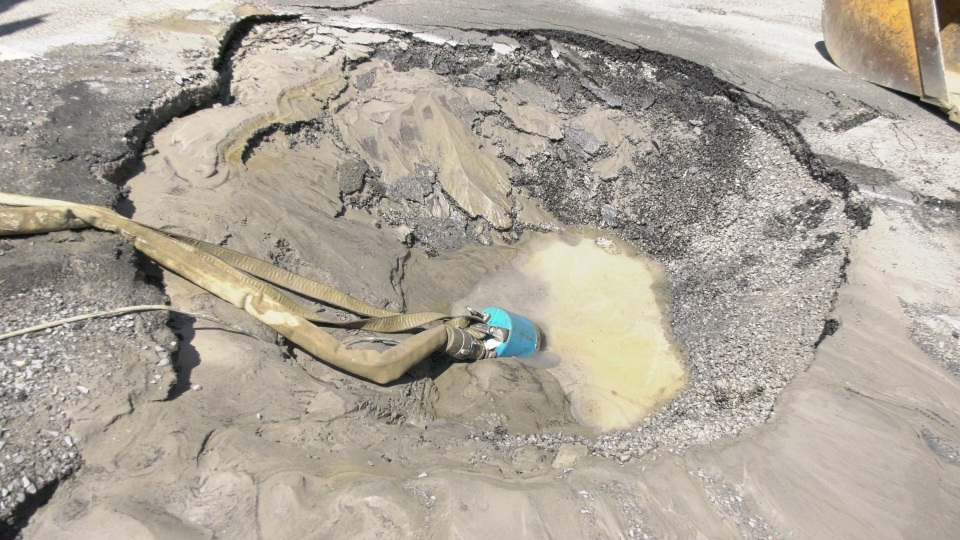 Tupper says, "This is a fairly heavily trafficked area of Orleans, ya know, because of the way the roads run. So you assumed that the roads are gonna be pretty secure."

Should the repairs take longer than 24 hours the City says they will provide bottled water to affected properties.