Showing solidarity for the National Day of Truth and Reconciliation

OTTAWA -- Thursday is the National Day for Truth and Reconciliation.

It will be marked for the first time across Canada by a holiday, and some firefighters from Ottawa are showing solidarity in a special way.

David Remo and Tim Baptiste are volunteer firefighters, who arrived on Parliament Hill to lay flowers and show support.

The two are also among other firefighters who are wearing orange shirt pins, “to support the indigenous history and heritage, and what’s been happening in the last few months,” says Remo. 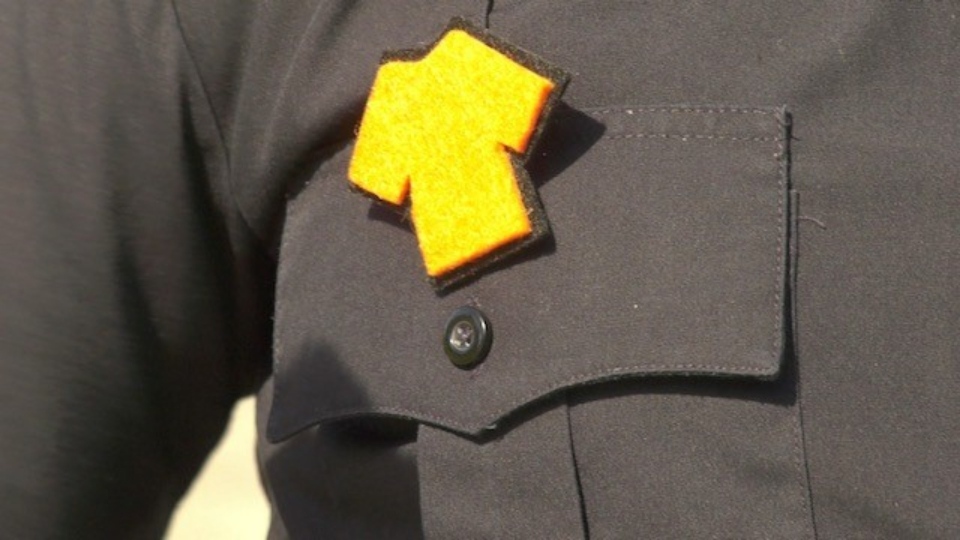 Volunteer firefighters, who mainly work in rural Ottawa, have made and sold more than 350 of their own pins, with the proceeds going to charity. Professional firefighters in the city are also taking part.

“We were able to source out these pins from the Orange Shirt Day Society; we were very happy to support them. We purchased a hundred of them and we are the only fire department in Canada to bulk purchase them,” says Scott Williams, a full-time firefighter with Ottawa Fire Services, as well as the head of Union Charities.

“It’s very important to us, being that we are in the nation’s capital; being that we’ve all been touched by what’s happened,” he says.

They are wearing the pins to mark this Thursday, the first National Day for Truth and Reconciliation, commemorating the tragic history and ongoing legacy of residential schools, which more than 150,000 First Nations, Métis, and Inuit children were forced to attend between the 1870s and 1997.

Money raised from the sale of the pins is being donated to the Orange Shirt Society, and locally to the Wabano Centre, according to Ottawa Fire Services.