Shoppers rushed to the stores in Ottawa on Black Friday, hoping to get the best deals of the year heading into Christmas.

Some have even come from other countries for these sales like Elizabeth Elnakla, who is here from Scotland visiting her daughter Reem Almaqla.

Elnakla is what you might call, a Black Friday newbie.

"This is my first Black Friday. I’m super excited, it is so busy," says Elnakla.

She’s looking to snag all the deals she can before she heads back home in three days.

"Shopping back home, I live in a small town called Dundee and it’s not very large," says Elnakla. "So the shopping is never crazy. It’s quite quiet."

Last year, many were stuck doing their Black Friday and Boxing Day shopping online. This year, back to the in-person busyness. 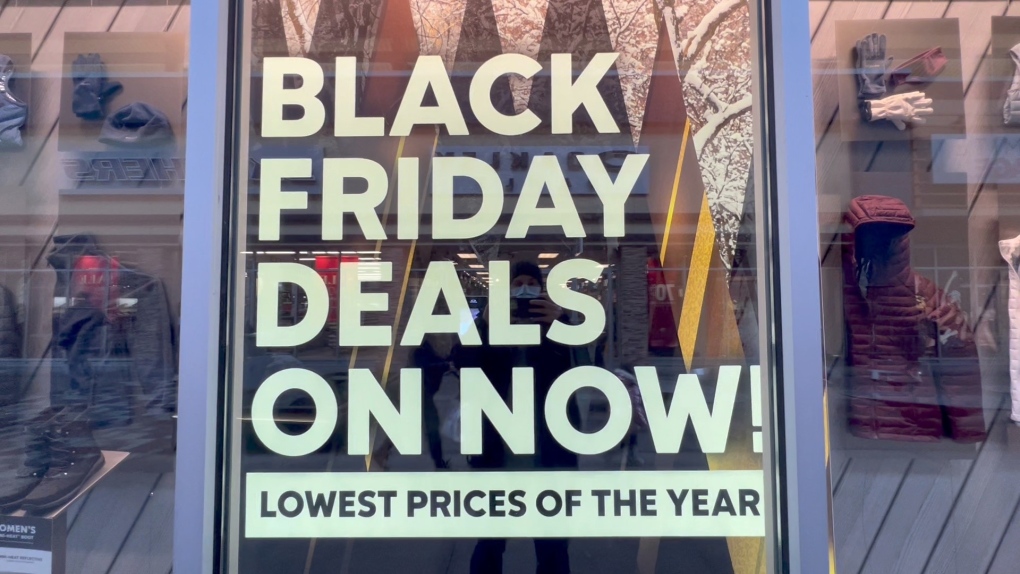 Tanger Outlets in Kanata was packed for Black Friday sales all week, but nothing like today.

"There's nothing like a good sale, right? We all love the deal," says shopper Josie Mousseau. "It’s just nice being outside in the fresh air. At least you get a little bit of an escape with your mask. You can take it off occasionally whereas when you’re confined to a mall, you really can’t."

Monika Mehl describes the amazing deal she got on a Michael Kors purse.

Stores at Tanger opened at 7 a.m. Friday. Maria Argyriou left Montreal at 5 a.m. to make sure she got here on time.

"We went to all the sports stores and they’re all basically 50 per cent off," says Argyriou.

Montreal is known for its shopping, but she wanted to try her luck in Ottawa.

"There's a lot of people [in Montreal]. Here there’s less people, and we can get better deals," says Argyriou.

With lineups at dozens of stores, shoppers stood in line for up to 30 minutes, braving the rain and cold to get deals only available once a year.

All day, bags of items flew off the shelves. And with supply chain issues this year, many of these shoppers know that once it’s gone, it's gone.

"So you better get your shopping done honey," laughs Mousseau.

Ukrainian President Volodymyr Zelenskyy accused Russia of waging "total war," seeking to inflict as much death and destruction as possible as in three months of conflict, as fighting raged Tuesday in the eastern Donbas region.