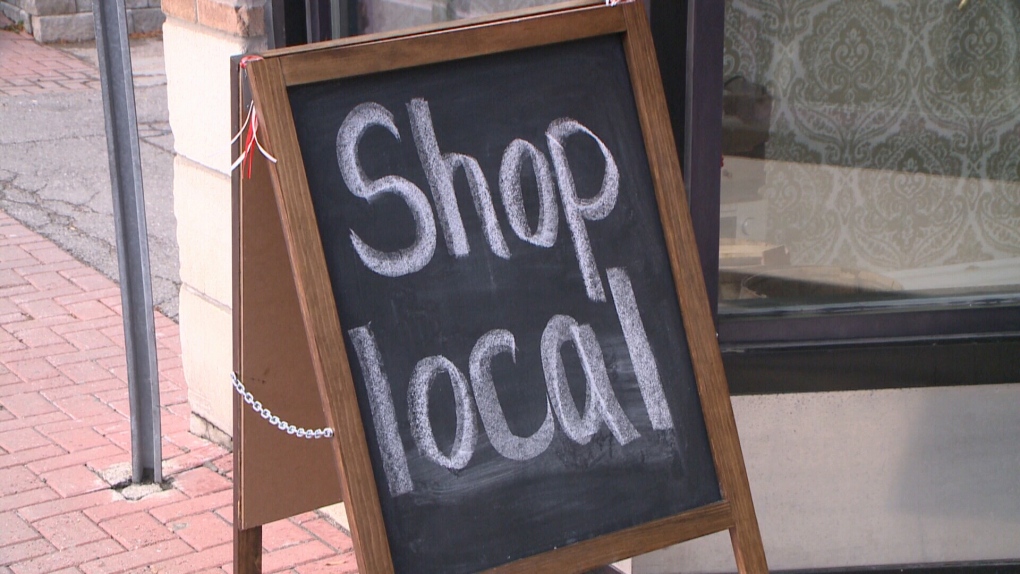 Shop the Neighborhood campaign sign outside a store in Westboro.

Sandwiched between Black Friday and Cyber Monday, two of the busiest shopping days of the year, is a campaign aimed at wooing shoppers away from the malls and into the community.

Launched in Toronto in 2013, the now nationwide Shop the Neighbourhood campaign is encouraging shoppers to spend money at local retailers rather than big box stores.

"We want to encourage people to shop locally, to support the community," said Allan Charlton with the Yellow Pages. "It is trying to counteract Black Friday and Cyber Monday."

More than 50 shops across Ottawa joined in on the one day event, which offered supports discounts and other incentives to shoppers browsing local stores.

Jeff Leiper, the Kitchissippi Ward Councillor, said these kinds of initiatives help promote the good work local shops do within their communities, and give many businesses a needed boost in the ever changing retail landscape.

"They are the engine of our economy. They are the ones who employ so many people and they contribute so much to the residents who live around them," Leiper said.

According to Statistics Canada small businesses create an average of 100,000 jobs annually and make-up more than 30% of Canada's GDP.

The Yellow Pages said that approximately $89 million has gone to local economies across Canada as a result of the Shop the Neighbourhood campaign.