At the very top of that list is her independence.

In November 2019, Ramsden and her daughter and granddaughters were on the vacation of a lifetime, a trip to Hawaii sparked by the young girls’ love of Moana movies.

"It was a wonderful holiday," she said. "It was absolutely fabulous. We were sort of up on a hillside on the North Shore of Oahua, in a little condo that overlooked the crashing waves and it was just idyllic."

But once back home, her world would come crashing down.

"It started out just feeling like the flu and then I got really weak and freezing cold. I could not get warm. I had uncontrollable tremors," said Ramsden.

Innocent-looking bug bites became infected. It was a rare case of necrotizing fasciitis or flesh-eating bacteria. By the time Ramsden arrived at a Winchester hospital, she was crashing. She was transferred to the Ottawa Hospital.  Sepsis had taken hold.

On Dec. 1, 2019, Ramsden was rolled into surgery. The original plan was to amputate a leg to save her life, but the situation was worse than expected.

After consultation with her grown children, doctors made the decision to amputate both legs, one below the knee, the other above. Ramsden says she cannot imagine what that moment was like for her children.

“To have to actively say ‘Yes, take her legs’ must have been a terrible thing for my kids to do. Even if it meant saving my life. So I think they were really brave."

Ramsden would have nine surgeries in an effort to contain the damaging effects of sepsis, which was causing her kidneys to fail. One of those surgeries included removing fingers from her right hand.

Then, a final devastating blow.

"On Christmas Day, I had the rest of my left hand amputated at the wrist." 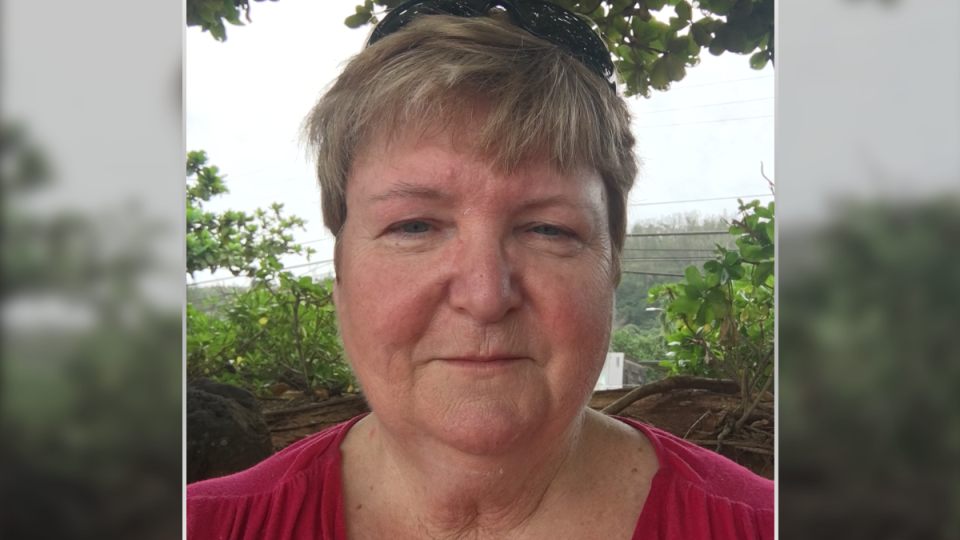 Before this happened, she was an avid crafter. She says she will likely have to give that up forever. But she’s optimistic she will one day return to sing with the Ottawa Police Chorus.  And while her home in Winchester is out of reach for now, this November, Ramsden did finally leave hospital.

Her move to the Perley and Rideau Veterans’ Health Centre and her use of a motorized wheelchair represent the start of regaining some independence.

The job she loved, though, is gone. The former Bell employee started driving a school bus after her retirement. She had been doing that for 10 years and was expected back at work just days after that Hawaii trip.

She is loved and missed at Roxborough Bus Line, where Julie Taylor remembers the day she got the call that her friend was in hospital.

"I couldn’t believe it."

Taylor says what happened to Ramsden is hard to understand, and yet it could happen to any of us.

"It was a shock when we first saw her in hospital. None of us know how we would handle something like this. She’s a hero. She’s just a great human being and when this happened I just wanted to help her," Taylor said.

The company wanted to help too. Taylor did some fundraising at Roxborough and set up a GoFundMe campaign.

That campaign may help in the purchase of a prosthetic left hand if Ramsden is a candidate. It could also help with a vehicle. So far, it has raised $20,000, several thousand of that since the story first aired on CTV News Ottawa Tuesday.

Among the donations: $500 from Ramsden’s former choir mates at the Ottawa Police Chorus.

Ramsden is pushing on. She calls FaceTime and email, which she is able to manage with her right hand, lifesavers. They connect her to the family she calls her rock.

And she says every day in hospital when she stared endlessly at the wall of photos they had created, and every day since, she looks forward…for them.