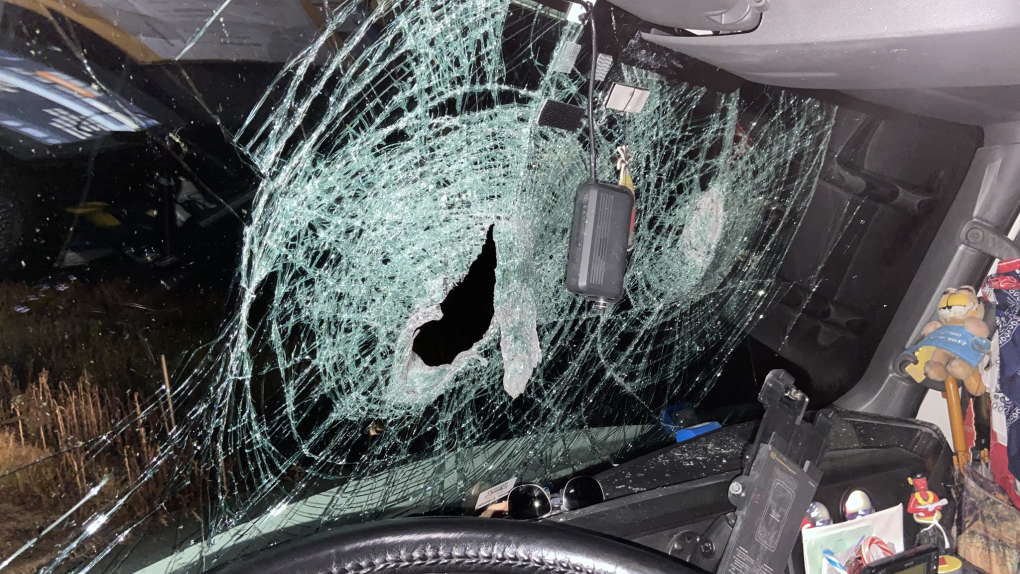 OTTAWA -- Ontario Provincial Police are investigating after someone threw rocks off a Highway 401 overpass, striking two trucks and damaging several other vehicles east of Cornwall this weekend.

No one was hurt in the incidents on Highway 401 eastbound at 2nd Line Road in South Glengarry just after 8 p.m. Saturday.

Police say the investigation found an unknown number of suspects stood on the overpass and threw rocks at passing tractor trailers, striking two.

Police say multiple other vehicles sustained damage, “as there were several rocks thrown onto the highway.”

Anyone with information is asked to contact the Stormont, Dundas and Glengarry OPP at 1-888-310-1122.