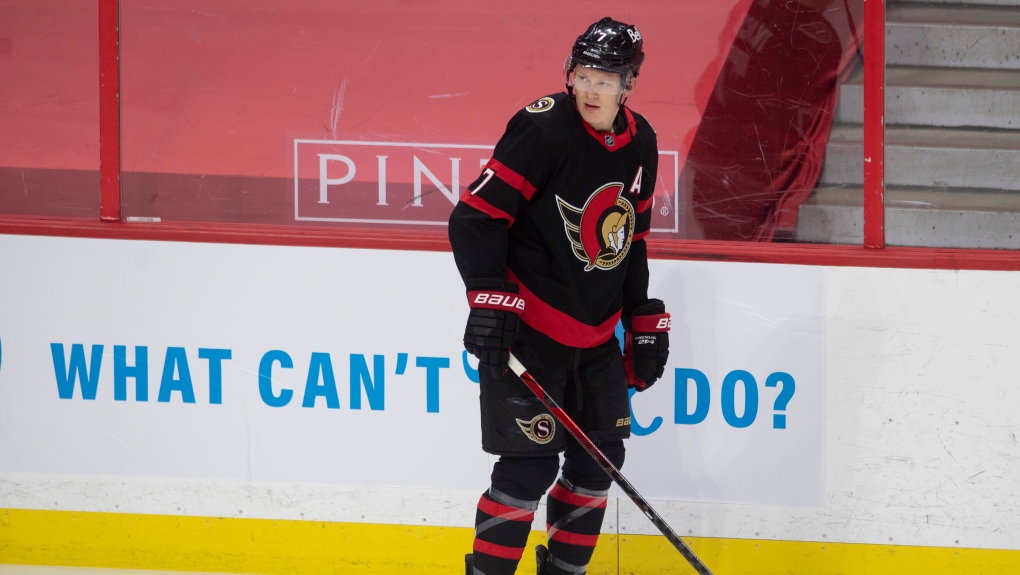 Ottawa Senators left wing Brady Tkachuk skates during warm up before an NHL game against the Vancouver Canucks, in Ottawa, Monday April 26, 2021. (THE CANADIAN PRESS/Adrian Wyld)

OTTAWA -- The Ottawa Senators have released their training camp roster with a noticeable absence.

Left-winger Brady Tkachuk remains a restricted free agent and he and the Senators have yet to formalize a contract. Training camp will start without him unless he is signed.

Fifty-four names are on the list of players attending training camp at the Canadian Tire Centre, including six goaltenders, 18 defencemen and 30 forwards.

Players will report for their physicals Wednesday and hit the ice Thursday.

In a release, the Senators said the 2021-22 Senators training camp roster features 12 former first-round draft picks and 24 players who were Ottawa selections in NHL drafts.

The Senators will visit the Winnipeg Jets for the pre-season opener Sunday, Sept. 26. The Sens will host the Toronto Maple Leafs for their regular season home opener on Oct. 14.