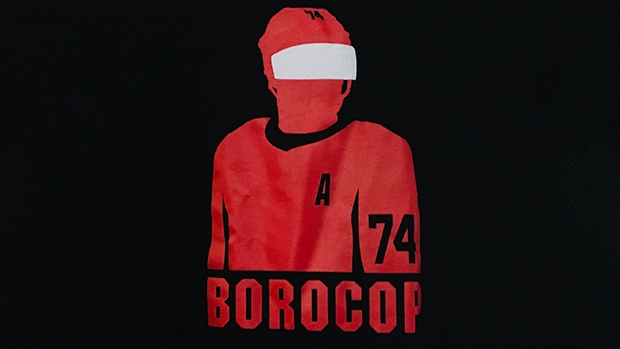 The Ottawa Senators are making the most of Mark Borowiecki’s new-found fame as a crime fighter to raise money for a team close to their heart.

The Alternate Captain whose nickname is ‘Borocop’ foiled a robbery attempt last week in Vancouver. He stopped the thief who had smashed the window of a car, and grabbed a bag from inside.

Shirts with the ‘Borocop’ logo will be sold at the Sens Store during the Sens – Bruins game at Canadian Tire Centre Monday night.

Proceeds from the sales will go to the Capital City Condors hockey team. Each shirt sells for $20. The Sens plan to make as many shirts as they can sell.

Mark Borowiecki and his wife Tara are the condors Honorary Captains.

The Ottawa Senators Foundation is also expanding their 50/50 draw to include secondary prizing, including an Ottawa Senators official bicycle, backpack and limited edition “BoroCop” t-shirt signed by Borowiecki.