OPP spokesperson Bill Dickson confirmed to CTV News Ottawa late Tuesday night that Insp. June Dobson is one of the individuals who was charged after police made arrests in connection with the alleged theft of items from Walter Gretzky's home in Brantford, Ont.

Dobson is the detachment commander of the Grenville OPP.

Brantford police say the estimated value of the items is more than $500,000 U.S.

Brantford police said the accused were known to the Gretzky family. Photos from an Aug. 2014 golf tournament in Prescott show Dobson chauffering Walter Gretzky in a golf course, and posing for a photo with him.

The tournament at the Prescott Golf and Country Club was in support of Leeds & Grenville Interval House, for which Dobson was a board member. 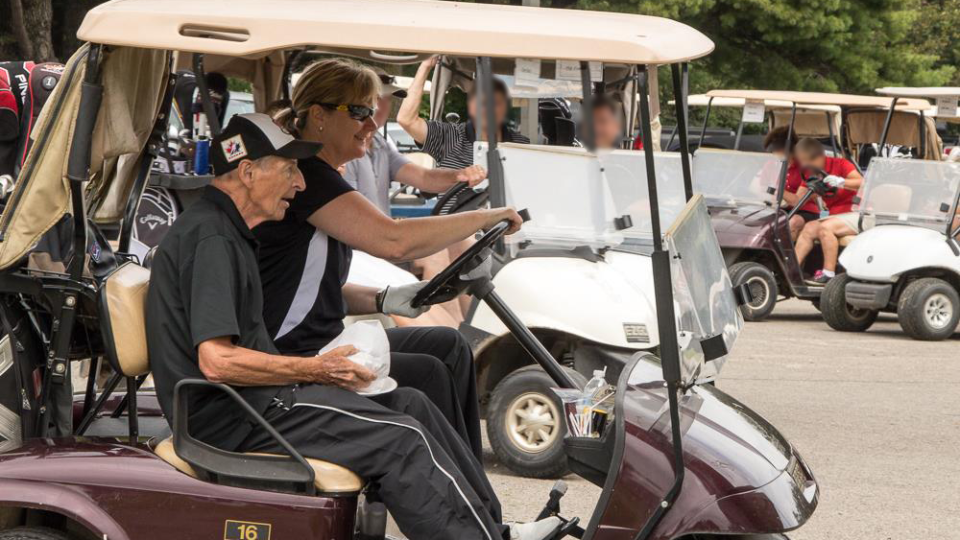 Dickson added that while Dobson was on duty when the alleged incidents took place, she is currently on unrelated leave, and that she has been given a letter notifying her of her suspension, if she were to return to work.

In August, the Gretzky family contacted the Brantford Police Service after several pieces of sports memorabilia were found to be missing from Walter Gretzky's home.

The Brantford Police Service was assisted by RCMP and the OPP in a three-month-long investigation.

Police say this investigation allowed police to identify specific residences where the stolen property was believed to be located.