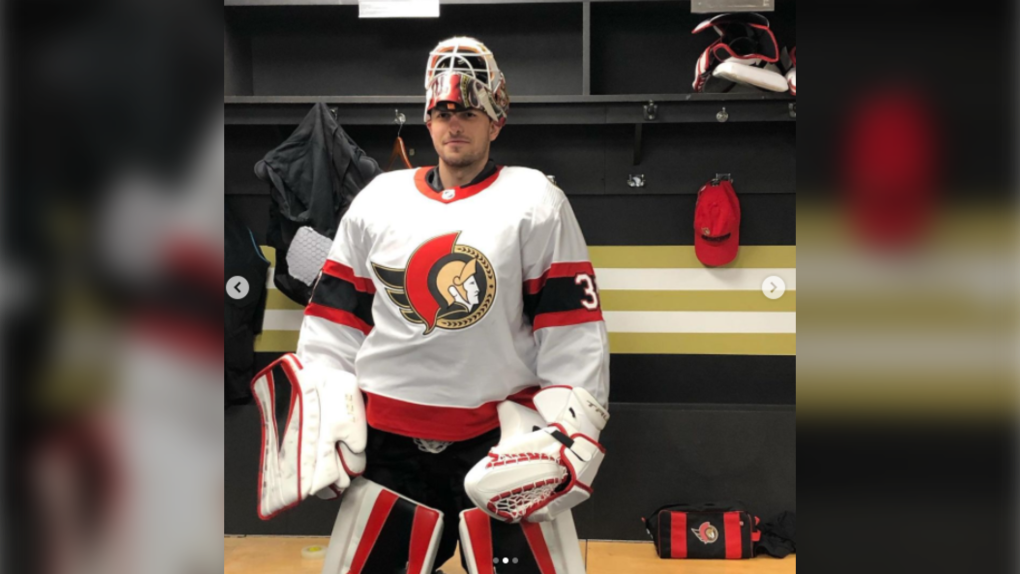 OTTAWA -- Ottawa Senators forward Artem Anisimov will have to wait to make his NHL debut as a goaltender.

The Senators forward started Saturday night on the taxi squad for the Senators game in Vancouver, before suiting up in the goalie equipment as injuries hit the Senators available goalies.

Starting goalie Anton Forsberg was injured warming up before the game, while goalie Matt Murray was injured in the second period.  As Marcus Hogberg took over the goaltending duties for the Senators, Anisimov started suiting up in the locker room in case of another injury.

"We had Arty dressed and ready to go," said coach DJ Smith after the Senators 4-2 loss to Vancouver.

Anisimov posted photos on Instagram suiting up in the equipment inside the Senators dressing room, with the caption, "Didn't get to make my NHL goaltending debut but I was ready."

The 32-year-old Anisimov was on the taxi squad for the game. The Senators are allowed to carry three NHL goalies on the roster for each game.

Anisimov left the equipment on in the locker room so his teammates could see him in full gear after the game.

"Definitely loosens up things a little bit after the game in the locker room to see him dressed up as a goalie," said defenceman Thomas Chabot.

"Weird stuff happening, guys get hurt and obviously to see him dressed up was pretty fun. The guys definitely had a good little laugh at it, but I mean it's good on him. Good on Arty for being ready to play goalie in case we needed him."

Senators forward Colin White was asked for a scouting report on Anisimov if he went into the net.

"Anywhere I would think," said White.