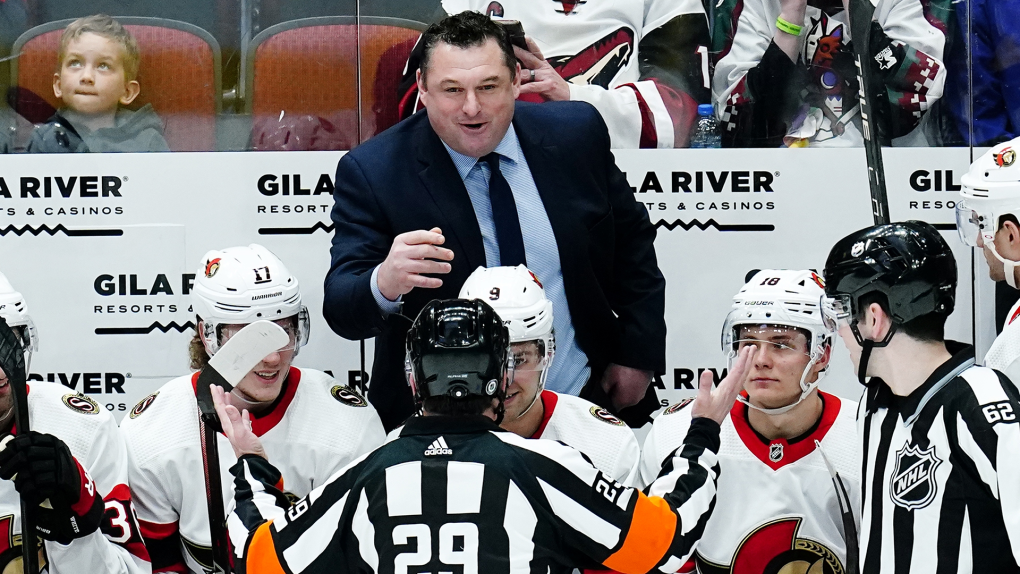 Ottawa Senators head coach D.J. Smith will be behind the bench for Canada at this year’s men’s World Hockey Championship.

Smith will be named an assistant coach for Team Canada at the tournament, scheduled for May 13 to 29 in Finland.

Smith told reporters over the weekend he would be thrilled at the opportunity to help his country.

“You do this because you want to have as many experiences as possible to make you a better coach,” he said. “If there’s an opportunity for me to do that, I’ll be there.”

#Sens head coach D.J. Smith has been named an assistant coach with @HockeyCanada for the 2022 IIHF World Championship. 🇨🇦 pic.twitter.com/PvXgpvAPdp

Russian forces pounded the city of Lysychansk and its surroundings in an all-out attempt to seize the last stronghold of resistance in eastern Ukraine's Luhansk province, the governor said Saturday.