Section of Hwy. 417 will be closed Aug. 11 to 15 for Booth Street Bridge replacement 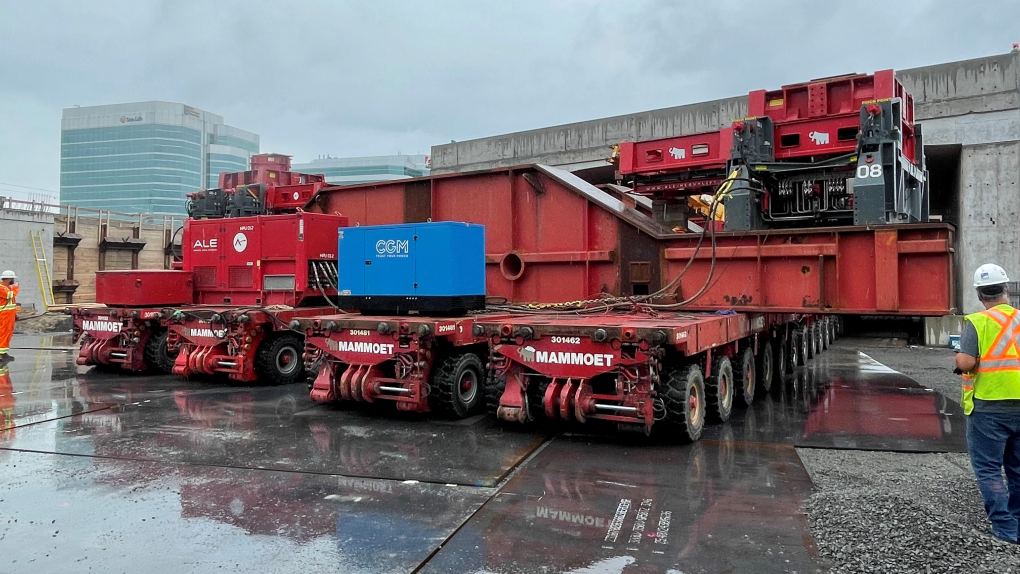 The construction machinery which will be used in the bridge replacement along the Queensway at Booth Street. (Peter Szperling/CTV News Ottawa)

The Booth Street Bridge along the Queensway will finally be replaced next month, after a four-week delay due to labour disruptions in the construction industry.

The contractors, Kiewit-Dufferin Midtown Partnership, announced on Friday the eastbound and westbound lanes of the Queensway would be closed Aug. 11 to 15 to replace the Booth Street Bridge.

Booth Street is currently closed from Normand Street to Arlington Street as part of the work.

The Ministry of Transportation says information about the upcoming highway closure will be posted on Ontario 511 and the project website. Signs will also be posted along Hwy. 417 to notify drivers of the closure the weekend of Aug. 11 to 15.

The Rochester Street Bridge was originally scheduled to be replaced Aug. 12-14, but that work has been delayed.