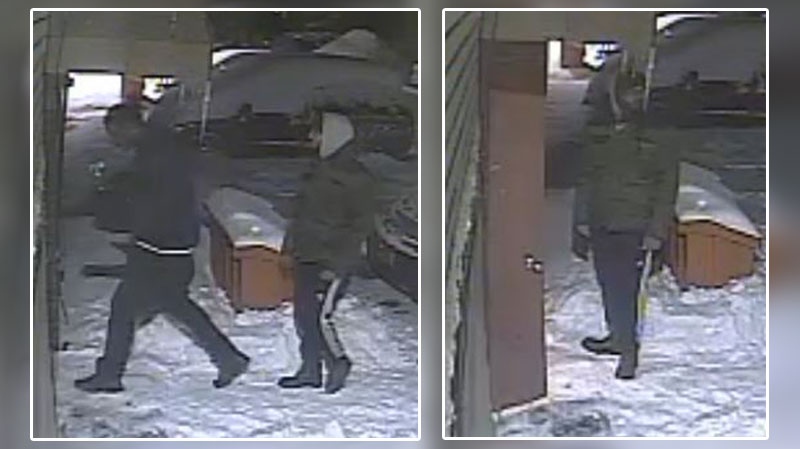 The suspects are described as a Caucasian male, short hair on the sides but longer on top pulled into a "man bun", wearing dark clothing and a black male with a noticeable scar on his face, wearing a winter coat, dark pants with white stripes on the sides. (Ottawa Police handout) 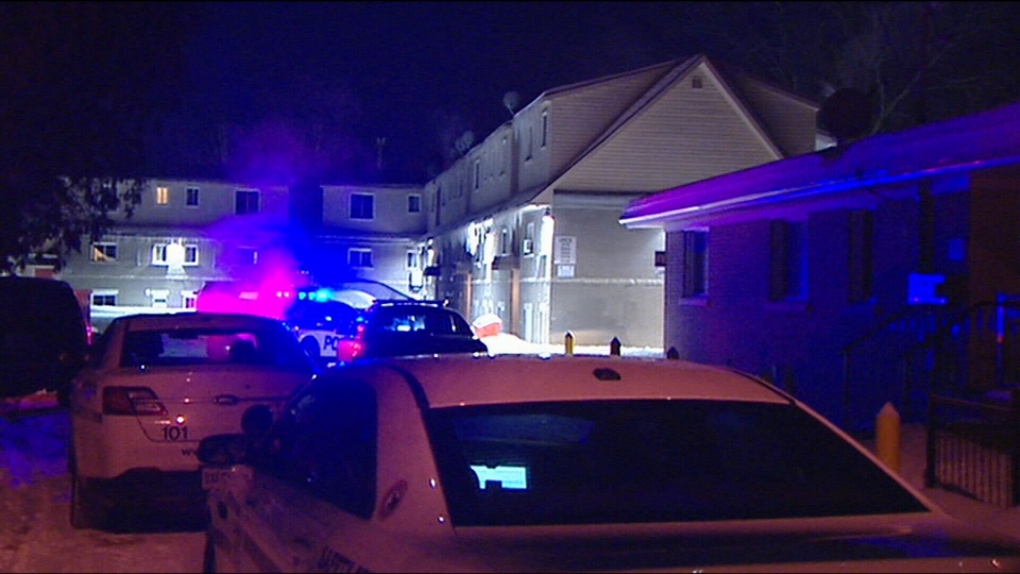 Police investigate the early morning stabbing of a 22-year-old man in the 300 block of Richelieu Avenue in Vanier on Monday, Dec. 19, 2016.

A second suspect has been charged in relation to a stabbing in Vanier in December after turning himself in to police.

Police say Said Muddei, 26, turned himself in last week. He is facing four charges including robbery, breaking and entering, and aggravated assault.

The incident happened on Dec. 19, 2016. Police say two men entered a building in the 300 block of Richelieu Avenue and forcibly entered an apartment.

One occupant was stabbed; another was confronted by the other suspect brandishing a handgun.

Earlier this month, Faysal Bashir, 32, was arrested and charged with robbery, breaking and entering, pointing a firearm, possession of a weapon and aggravated assault.