Second attempt at judicial inquiry into LRT defeated at council 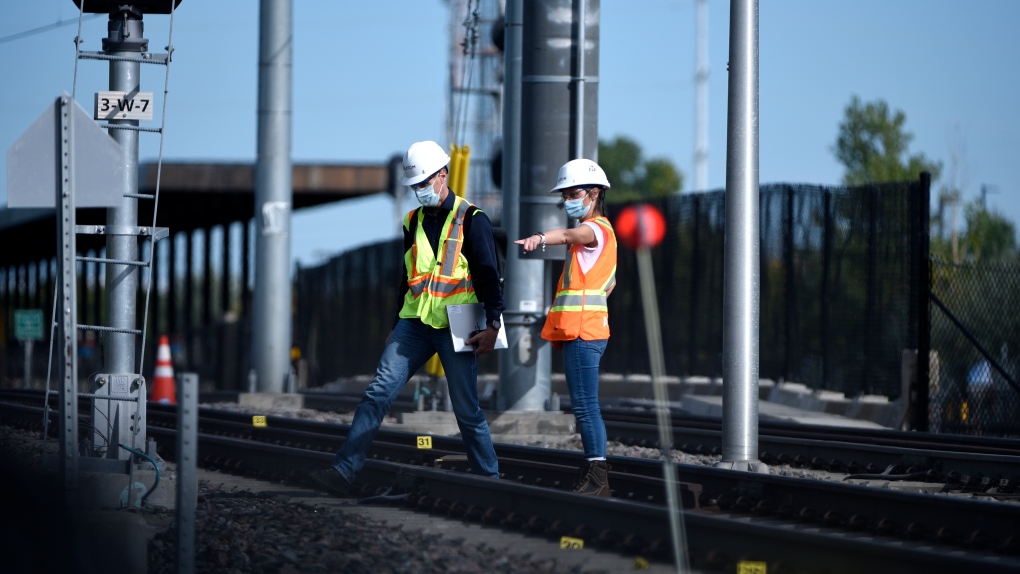 OTTAWA -- Ottawa city council has voted against holding a judicial inquiry into the city's light rail transit system following a second attempt by Coun. Catherine McKenney to seek an inquiry.

The motion was defeated by a vote 13 nays to 10 yeas, a slightly tighter vote compared to the 14 to 9 vote in favour of an auditor general's report into the LRT on Oct. 13, which was moved as a replacement motion to McKenney's first attempt to seek an inquiry.

Auditor General Nathalie Gougeon assured councillors that the work approved on Oct. 13 has already begun and that a final report would be made public.

"That could be the difference between our audit and a judicial inquiry. There is certain information we choose not to include in a report in order to protect anonymity. We want to make sure individuals feel comfortable coming forward to us, especially if, for some reasons, they would feel their employment could be in jeopardy, for example."

The audit will focus on two main areas. The first is activities relating to the award, construction and "go live" of Stage 1 of LRT to ensure they were undertaken with the appropriate transparency, due diligence and oversight. The second audit is looking at the effectiveness of operation and maintenance.

"Both these areas of focus are going to be further defined during the planning phases," Gougeon said. "Even those two audits, we are looking at ways to further break them down in order to come back to council in a timely manner and hopefully have lessons that can be applied to Stage 2 as soon as possible and down the road to Stage 3 and other stages if they arise."

Gougeon said at least part of her audit could be completed by June.

In their final pitch to colleagues, McKenney urged councillors to vote in favour of the motion, saying the problems with the LRT are not limited to the recent troubles on the line.

"Something has gone terribly, terribly wrong. It's not just bad luck and it's not just bad maintenance," McKenney said. "It started days after it launched. The maintenance is awful, but it goes back long before. It is a system that has been dysfunctional from day one."

Mayor Jim Watson said he would not change his vote, arguing instead that the auditor general's work would be more effective and less costly than a judicial inquiry.

"I believe that all members of council want a greater degree of accountability for the initial and ongoing failures of RTG, RTM and Alstom to deliver what taxpayers have paid to date," he said. "I, for one, continue to believe that a focused investigation by the independent auditor general, which is likely to cost much less than a judicial inquiry, which will take less time to secure the findings, is the route to go. If the AG discovers something that is wrongdoing, she has a duty to report such a finding."

Following the vote, Coun. Diane Deans tweeted that the failure to secure a judicial inquiry was one of council's "biggest failures" of the term.

Today Council voted against a Judicial Inquiry into our dysfunctional LRT system. This vote was about more than just LRT, it was about transparency & public trust. Instead of repairing that trust, we’ve eroded it further- arguably our 2nd biggest failure in this term of Council.

A disappointing decision by Council today to vote against a judicial inquiry into LRT phase 1. This was about public vs private interest, public trust, public funding. We instead said no to full independence transparency & accountability.

The debate came 52 days after a derailment on Sept. 19 forced the line to shut down completely. The City of Ottawa said Tuesday afternoon that partial service is expected to be restored on Friday.

The Sept. 19 derailment came six weeks after a derailment on Aug. 8. Earlier this month, the Transportation Safety Board of Canada said the train car that derailed had been held for repairs following the Aug. 8 derailment but derailed five days after being released.

The TSB blamed "inconsistent and incomplete maintenance of safety-critical components" for the derailment. The TSB said bolts connected to the gearbox were not adequately torqued during maintenance, which led to the gearbox to drop, damaging the train and several hundred metres of tracks before it stopped west of Riverside Drive.

The Confederation Line LRT has been in operation for just over two years. In addition to the two recent derailments, the train experienced problems within weeks of launch, including stuck doors, wheel flats and cracks, braking issues, and frozen switch heaters. Many of these issues were addressed in 2020, often requiring full line shut downs for several days at a time. City staff have said service availability was very high in the months leading up to the Aug. 8 derailment.

How each councillor voted