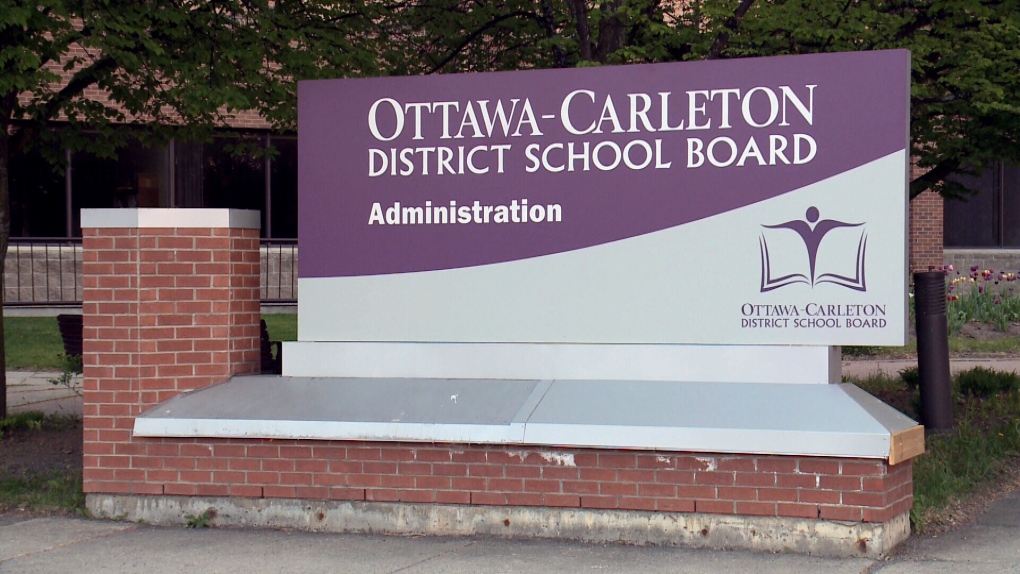 OTTAWA -- The Ottawa-Carleton District School Board has formally censured Trustee Donna Blackburn following an incident in March in which she confronted a Black youth in a local park and posted his photo to social media.

The board of trustees met Monday to discuss an independent investigation that had concluded Blackburn was "racially insensitive" in her comments to the teenager in a closed park during the COVID-19 pandemic.

The OCDSB issued a statement Tuesday announcing Blackburn had been sanctioned.

"The Ottawa-Carleton District School Board has censured Trustee Donna Blackburn under the Board Member Code of Conduct and strongly recommended she offer her resignation," the statement said. "In a unanimous vote at a Special Board meeting on June 29, the Board found that Trustee Blackburn’s behavior did not meet the behavioural expectations of an elected trustee."

Trustees called Blackburn's behaviour "shaming, racist, and an abuse of privilege," the board said.

Blackburn is now barred from attending board meetings to discuss the 2020-21 budget, and is also barred from sitting on several committee meetings for a six-month period, including committee of the whole, parent involvement, and expulsion hearing panels.

Blackburn has also been encouraged to to participate in anti-racism training and further professional development.

"While several Trustees requested further actions to be taken, legal counsel advised that the recommended sanctions reached the extent of what was permissible under the Education Act," the OCDSB said.

"This has been a difficult issue for the community and Board," Board Chair Lynn Scott said. "We appreciate the patience of the community as we have worked through the process to ensure this matter could be fairly addressed. It is not a decision we take lightly. Although Trustee Blackburn has been found in breach of the Code of Conduct and will face sanctions, we know there is more work our Board will need to do to restore trust with the community. As the OCDSB works to address issues of systemic racism within the education system, we commit to listen and act on concerns raised and ensure we recognize and respect the dignity of all community members."

In April, the board hired a third-party law firm to conduct an investigation into Blackburn's interaction with the teenager in March, who she claimed was not abiding by the City of Ottawa's order to close parks during the pandemic.

Trustee Christine Boothby filed a formal complaint in April, alleging that Blackburn's behaviour related to the alleged incident was inconsistent with the civil behaviour expectations in the Board Member Code of Conduct policy.

The 40-page report submitted by Zaheer Lakhani of Lakhani Campea LLP outlined the investigation into the incident, but did not make any recommendations on whether the trustee broke the Code of Conduct.

The report says the teenager told Lakhani in a statement that on March 27, Blackburn approached him as he was playing basketball by himself in Neill Nesbitt Park on Foxfield Drive and informed him the park was closed due to the COVID-19 pandemic measures.

Lakhani's report said at one point, the teen was told by Blackburn that she would contact his school principal to have him kicked off the basketball team, and informed him that "people like him end up at Innes (Innes Road Detention Centre)."

Blackburn posted a picture of the youth on her Facebook page.

The report says Blackburn confirmed she told the teen that people "who do not care about the rules end up in Innes Road."

In her statement to Lakhani, Blackburn said, "My point in the moment was simply that choosing to ignore the rules is a slippery slope. However, with the benefit of reflection, I do sincerely regret delivering this message in this way. Of course, I do understand that young Black men are disproportionately represented in our criminal justice system. I apologize for using that turn of phrase with (the teen)."

Blackburn also said she regretted posting on her private Facebook page about the encounter.

Lakhani's report says, "I conclude that Trustee Blackburn's conduct in posting an image of a young Black man, a 'kid' as she referred to him repeatedly in the post, and referring to him as someone who needs to learn to follow the rules and whose apparent lack of caring about rules could result in him ending up incarcerated, was racially insensitive given that Black persons are routinely over represented in the criminal justice system and face harsher penalties than non-Black citizens for trivial or minor infractions."

"The racial insensitivity of this comment has since been acknowledged by Trustee Blackburn and she confirmed that she has, as a result, faced severe and increasing media and personal backlash."

The report says Blackburn confirmed she has engaged in training related to racial sensitivity since the incident.

Board chair Lynn Scott also put forward a motion Monday evening, which was approved by trustees, calling on the Ontario Public School Boards Association (OPSBA) to advocate for improvements to the Education Act to enhance school boards’ ability and authority to address unacceptable or inappropriate behaviour by board members.