The abandoned Wallingford-Back mine has long been popular with visitors who illicitly come to swim or paddle in the turquoise waters of its lake or admire the imposing stone colums of the interior.

Community leaders in West Quebec met Thursday morning to decide on the future of the mine.

Local mayors voted late Wednesday to accept a plan presented by the province's ministry of natural resources. Under the plan, all three points of access to the mine will be blocked, but the mine won't be demolished as some had been calling for. 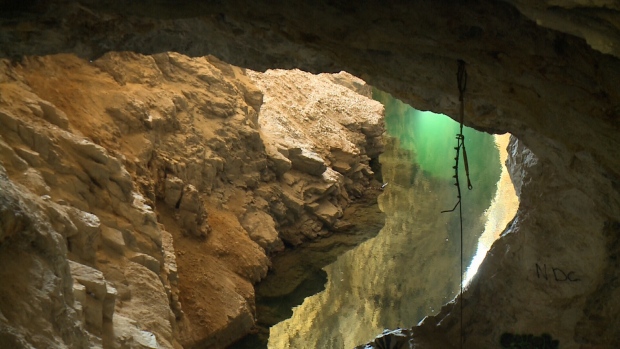 The former quartz and feldspar mine closed in 1972.

Popular for pond hockey in the winter months

Each winter, the crystal-clear ice that forms at the bottom of the abandoned mine forms a skating rink like no other. 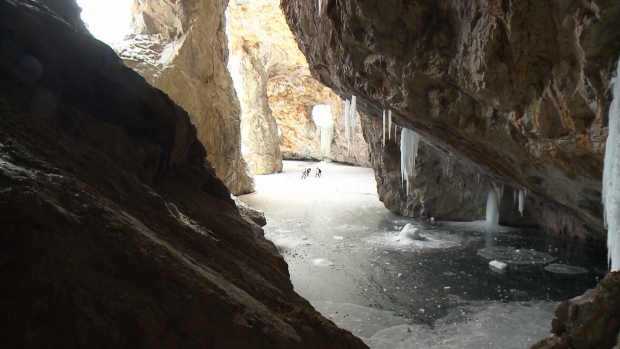 A group of skaters are dwarfed by their surroundings - an abandoned mine in Mulgrave-et-Derry,Quebec. Jan. 29, 2016

Jean-Marie Duchamps, who lives in the Gatineau hills, says the area is not built for the hundreds of new visitors, and that there are no properly paved roads, no garbage cans, or parking lots to support tourists. As a result people are littering, and parking off to the side of small dirt roads, preventing other vehicles from passing.

Due to the recent surge in tourists, Quebec's Energy and Natural Resources Department asked the regional municipality to recommend one of two scenarios: either develop the mine as a tourist site, or "secure the site" by demolishing it.

The Wallingford-Back Mine is situated in a remote part of West Quebec in the Municipality of Mulgrave-et-Derry.