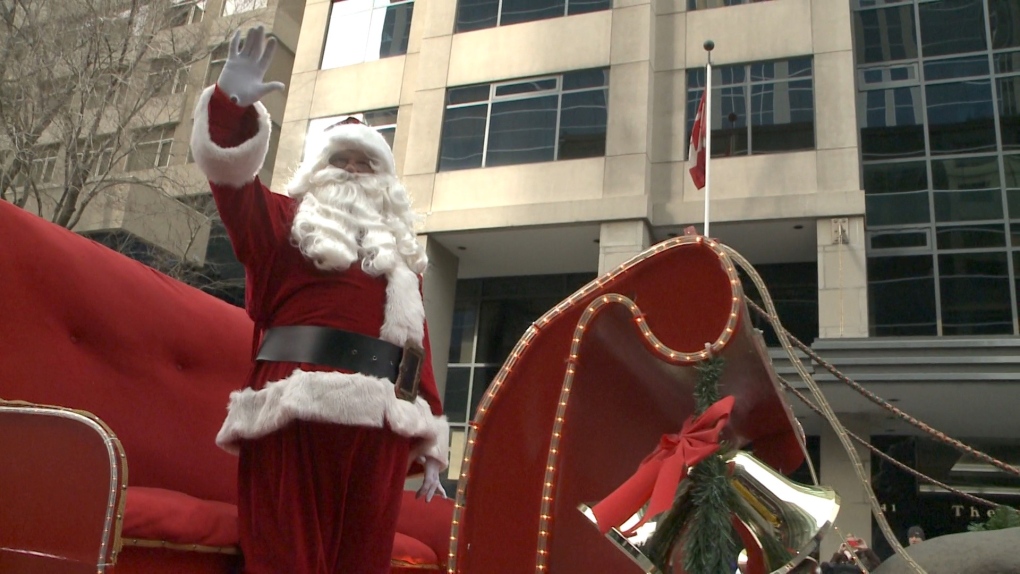 Santa Claus will visit Orleans and Riverside South today as the countdown continues until Christmas morning.

CTVNewsOttawa.ca looks at what you need to know about the Santa Claus parades in Ottawa on Saturday.

Santa's Parade of Lights is set for 6 p.m. in Orleans.

The parade will travel along St. Joseph Boulevard in Orleans. It will start at Youville Drive and end at Centrum Boulevard.

You are asked to bring a new, unwrapped toy to the parade, which will be collected by firefighters along the route.

New this year is a "Tip Tap", where you can tap a boot with a debit/credit card or Apple Pay to donate $10.

St. Joseph Boulevard eastbound will be closed between Hart Road and Youville Drive from 1 p.m. to 6 p.m.

The road will close in both directions between Youville Drive and Centrum Boulevard between 6 p.m. and 8:30 p.m.

You can bring a new, unwrapped toy to help build the Salvation Army's Toy Mountain this holiday season.

Spratt Road will be closed between Shoreline Drive and Canyon Walk Drive from 10 a.m. to 12:30 p.m.