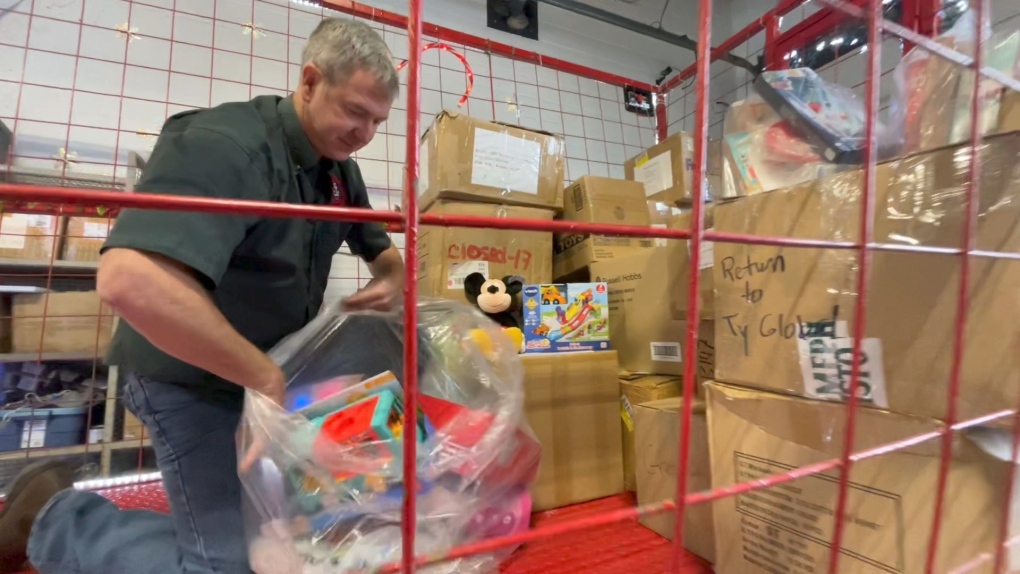 The floats are ready, and Santa Claus will be back in Ottawa Saturday.

"Our firefighters will be picking up toys, cash donations," says Rainboth, noting donations will support the CTV and MOVE 100 Toy Mountain for the Salvation Army.

And for those not attending, donations can now be made online. And if you don’t carry cash to the parade, new this year, you can tap your credit card or mobile device to instantly donate $10. 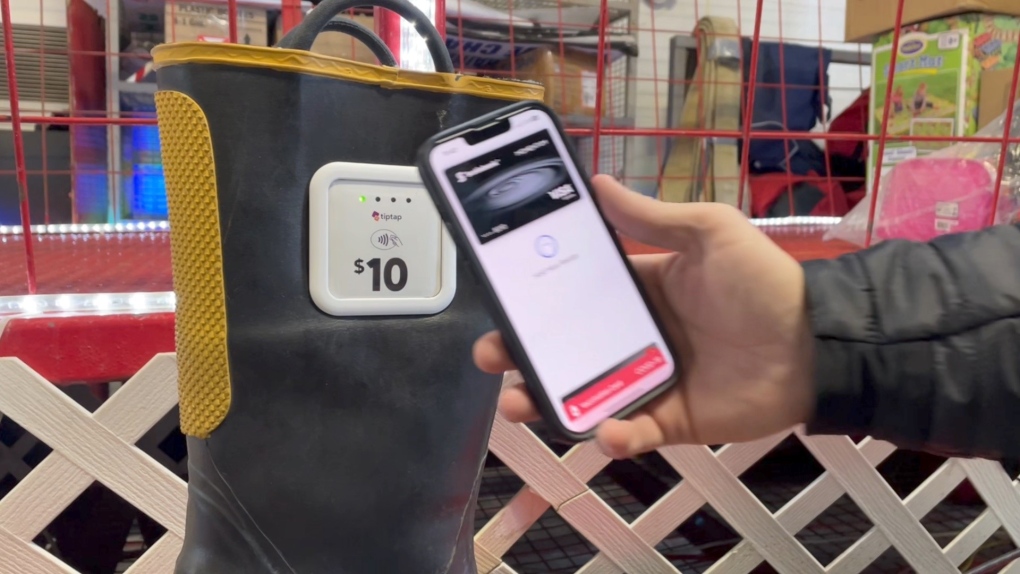 A demonstration on the tap to donate boot for the Help Santa Toy Parade. (Dave Charbonneau/CTV News Ottawa)

This is the first full fledged parade since the pandemic stared.

"Feels awesome," says Rainboth. "It's a lot of work. A lot of individuals working in different areas and working with our partner agencies, our sponsors, our participants, and the enthusiasm is amazing."

Santa Claus will then guide his sleigh to Barrhaven for an evening parade on Sunday. Residents being urged to help the local food bank.

"You know, we're seeing a 45 per cent increase in our services, so it's huge," says Matt Triemstra, Barrhaven Food Cupboard director of communications.

"So we are asking every Barrhaven resident to bring either a non-perishable food item or a cash donation and we have a float in the parade. And we'll have volunteers, the Cadet Corps, that are walking with us, grabbing food from the lines, putting it on the floats."

And one of the most popular Christmas attractions in this region starts Friday night. It’s the Magic of Lights at Wesley Clover Parks. A two-kilometre route illuminated by nearly one million lights.

"We’ve expanded this year to open up the Mark Motors Group Holiday Pit Stop, where people can get out of their vehicles, come and take some photos with some of the displays," says Michelle Wright, Wesley Clover Parks Community Events Manager. “We have a walk through tunnel, which is very popular for the other site, the drive through tunnel. So you’ll actually walk though the building right behind me, through the tunnel and come out through the village."

The Help Santa Toy Parade starts Saturday at 11 a.m., the Barrhaven Santa Claus Parade starts Sunday at 5:30 p.m., and the Magic of Lights runs until January 7.