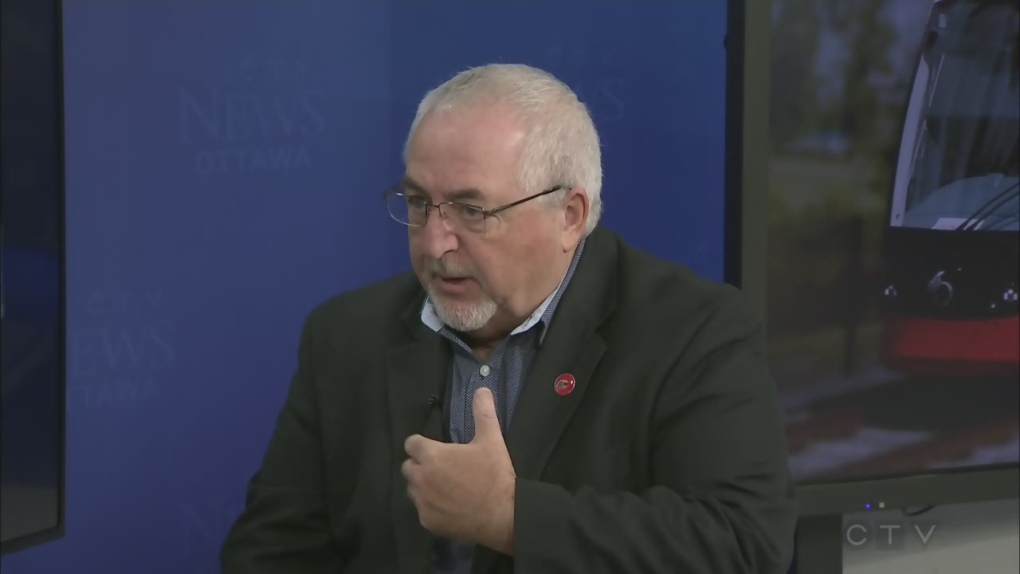 “They’re getting to the bottom of what’s going on, they’re going to tell us how they’re fixing it,” he said. “Today, we have 12 trains out, so we’re almost back up to the 13 where we want to be. It’s like almost every other problem they’ve had: it takes them awhile the first time it happens and then they figure it out.”

Since Monday afternoon, the Confederation Line has been operating below normal capacity. One of the issues that put so many trains out of service is flat spots on the train wheels. They’re not being kept perfectly round and are seizing and dragging along the rails.

Hubley said that issue is being solved.

“They’ve figured out what to do with it. There’s a machine that helps them with that. They’re going to explain how they use it and how they’re going right through the fleet right now to try and fix things. So, they’re doing a really good job on that part,” he said.

The Transit Chair said he’s glad RTG is solving the latest issues and is hopeful this will continue.

“They’re showing that they’re working with us on these things. The frustration I get out of it is that it has to come to this to get them to work,” he said. “I hope, this time, they’ve got the message, they’re going to listen to what Mr. [Transportation General Manager John] Manconi and his staff ask them to do as preventative actions. If they do all that stuff, we shouldn’t have these kinds of issues.”

Hubley said if progress continues and regular maintenance is done, the standby R1 bus service—which is costing taxpayers $95,000 a week—won’t be needed.

Hubley said now isn’t the time to rip up the contract with RTG, despite calls to do so.

Capital Ward Coun. Shawn Menard wants to know how much ending the City’s contract would cost. He said documents shared with councillors have the cost of contract cancellation redacted. Hubley didn’t have answers, but suggested it would be expensive.

“It’s a billion-dollar contract over thirty years. Do you think we’re getting out of there for chump change? No way. It would be very expensive to get out.”

Somerset Ward Coun. Catherine McKenney has suggested the City take workers from the nearly 20-year-old Trillium Line and train them to maintain the Confederation Line. Hubley said it’s something to keep in mind, but isn’t as easy as it sounds.

“They’re different trains. There’s a whole of lot of differences here,” he said. “I get what Catherine is saying and, realistically, it’s probably something we should have in the back of our mind if RTM cannot get the job done, but four months into it is not the time to pack it up.”