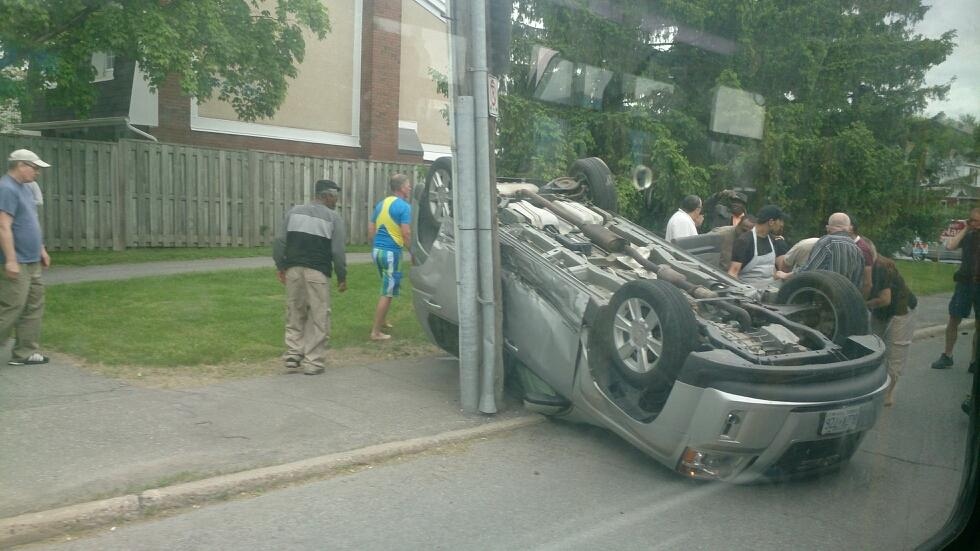 No injuries to female driver after rollover Fisher Avenue on Thursday, May 29, 2014. (Stephen Vienneau/CTV Viewer)

A female driver escaped any serious injury after her vehicle flipped over at Fisher Avenue and Meadowlands Drive.

Bystanders helped to get the woman out of the vehicle.