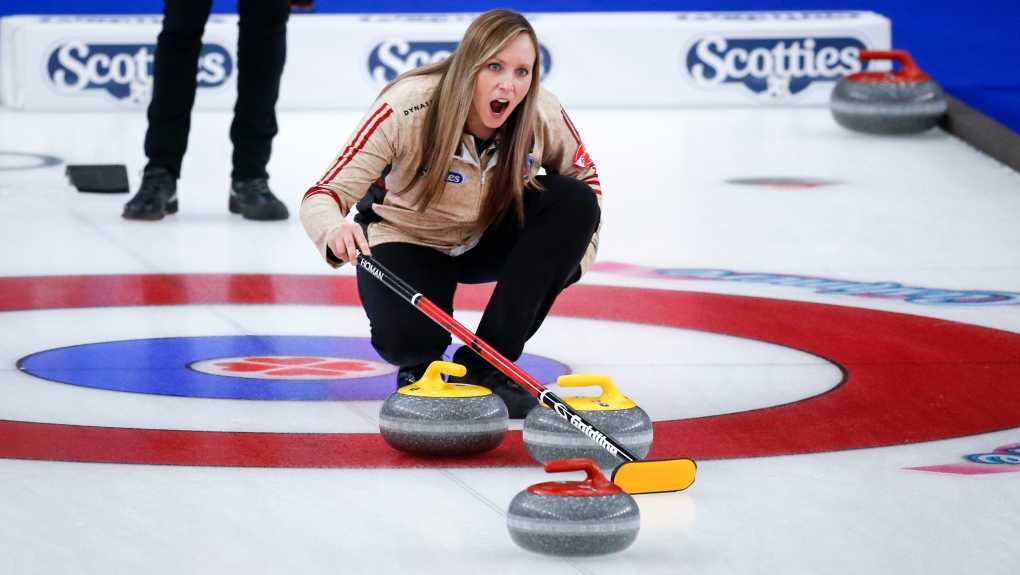 Rachel Homan directs her team in the final at the Scotties Tournament of Hearts in Calgary, Alta., in this file photo from Feb. 28, 2021. THE CANADIAN PRESS/Jeff McIntosh

OTTAWA -- Jockeying to represent Canada in team curling at the 2022 Winter Olympics in Beijing escalates Wednesday in Ottawa with a pair of events designed to complete the trials and pre-trials fields this winter.

The men's and women's champions in Saskatoon will wear the Maple Leaf in team curling in Beijing.

Another longer road to trials is entry via a pre-trials tournament Oct. 26-31 in Liverpool, N.S., which will produce the final two men's and last two women's entries for Saskatoon.

A parallel tournament running Wednesday to Sunday at Ottawa's RA Centre will complete that pre-trials field.

Eight teams of each gender compete in a triple knockout draw for two men's and women's berths in pre-trials.

Fans aren't allowed into the RA Centre because of the COVID-19 pandemic. Curling Canada will stream games lives on its YouTube channel.

Curling Canada revised its qualifying criteria for both team and mixed doubles Olympic trials because the COVID-19 pandemic wiped out the majority of 2020-21 events that would have determined those fields.

Ten more will earn spots via bonspiels from September to December or by a high ranking in Curling Canada's Canadian Mixed Doubles Rankings as of Dec. 14.

Morris and Kaitlyn Lawes won gold in the Olympic debut of mixed doubles in 2018.

This report by The Canadian Press was first published Sept. 19, 2021.