Rideau Transit Maintenance continues to investigate cause of axle failure on LRT car on Aug. 8 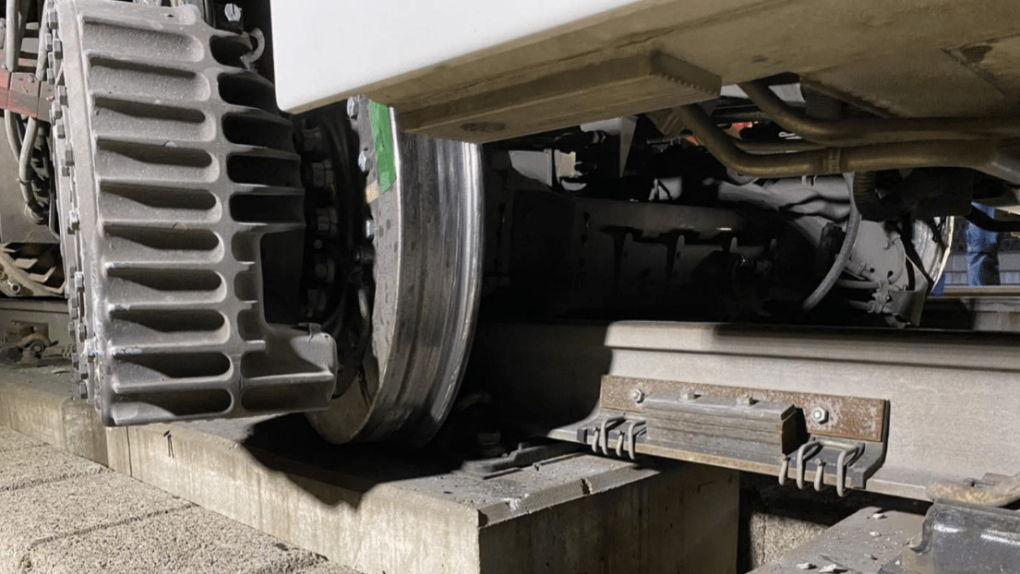 A look at the LRT train that derailed near Tunney's Pasture on Aug. 8. (Photo courtesy: City of Ottawa)

OTTAWA -- Rideau Transit Maintenance and Alstom are still trying to figure out why an axle bearing assembly failed, causing an LRT train to derail near Tunney’s Pasture station six weeks ago.

“We’re still not at the point where we can definitely say why that nut came loose,” said RTM chief executive officer Mario Guerra. “That we don’t know yet.”

On Aug. 8, the axle of an LRT car became “dislodged” from the track, shutting down the Confederation Line from Blair Road to Tunney’s Pasture.

There were no passengers onboard the train at the time of the incident.

Councillors were told in August that the root cause investigation identified a fault within the axle bearing assembly, causing the wheel to detach from the axle and derail.

The investigation found the “green section of the bolt, which should be completely tightened, had a very small amount of movement by fractions of a millimeter.” The movement caused damage to bearings inside the unit and wheel, leading to the wheel/axle coming off the track.

During Monday’s Transit Commission meeting, Director of Transit Operations Troy Charter told commissioners that Alstom and RTM continue to focus on what caused the axle and bearing to fail, “and establish the permanent fix.”

All O-Train LRT cars were inspected, with nine additional O-Train vehicle pulled out of service for additional analysis of the axle.

Charter says vehicle inspections will continue on all LRT vehicles to ensure “safe operation of the fleet” and will continue until a permanent fix is identified and in place.

Thirty-eight of the 39 rail cars have been inspected. The remaining car is out of service for unrelated repairs.

Coun. Jeff Leiper asked Rideau Transit Maintenance about the inspection of the axle when it arrived in Ottawa.

Guerra said the axle was pre-assembled in Europe.

“The assembly comes pre-assembled as a unit. The assembly would have been inspected by Alstom in Europe before shipping to North America.”

The Transportation Safety Board was notified about the derailment, and was looking into the incident.

OC Transpo provided a timeline of events on Aug. 8