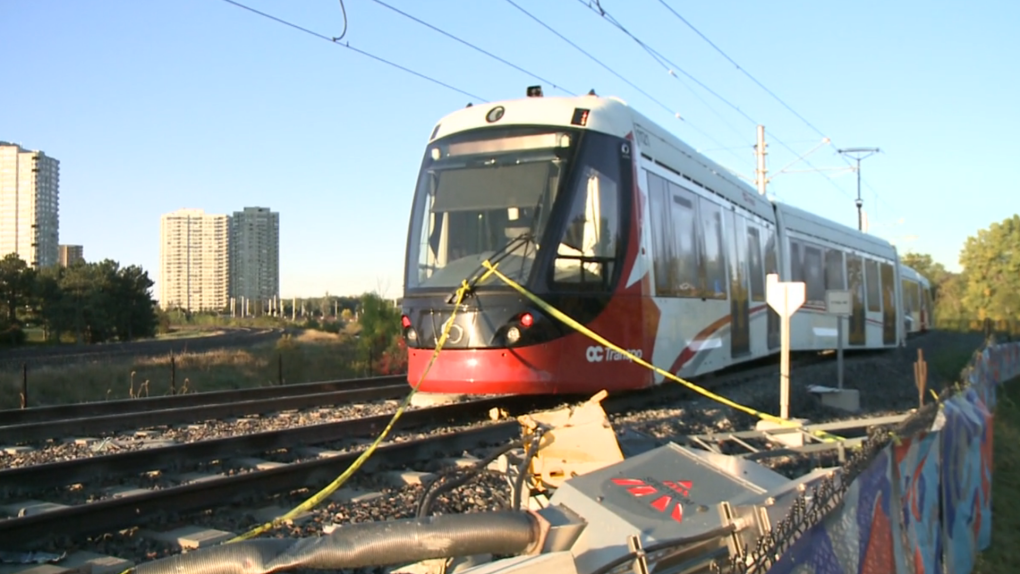 Rideau Transit Group has submitted a new plan to resume service on the O-Train line, nearly four weeks after the light rail transit line was shutdown following a derailment.

However, it will be Monday before the city of Ottawa releases details of the plan and whether it accepts the timeline to resume service on the Confederation Line.

In a memo to council early Friday evening, City Manager Steve Kanellakos said RTG provided the city with a return-to-service delivery plan late in the afternoon.

"This document is quite detailed and staff will be reviewing the contents and conducting a preliminary assessment over the weekend," said Kanellakos. "I will share details of the plan and RTG’s proposed timeline on Monday."

Sources tell CTV News Ottawa the RTM return to service plan has a specific date, but staff must review the entire plan to assess if it’s possible. Officials expect that when the trains resume, it will be a gradual return to service.

The Confederation Line has been out of service since Sept. 19, when an LRT car derailed at Tremblay Station, damaging the car, the track, the station platform and track infrastructure.

On Wednesday, council was told Rideau Transit Group has identified a loose gearbox as the issue that caused the derailment.

Kanellakos told council that Rideau Transit Group said, "The bolts that secure the gearbox to the (light rail vehicle) were not torqued properly or verified, according to Alstom."

The gearbox came loose and was dragged along the track, said Kanellakos.

The Transportation Safety Board said on Oct. 7 that the LRT car derailed near the middle of the north platform at Tremblay Station on Sept. 19, but no issues were observed as the train entered the station or departed.

Earlier this month, Rideau Transit Group submitted a plan and schedule to repair the system and resume service. A motion for the finance and economic development committee said the plan and schedule was "unsatisfactory", but provided no other details.

The return to service plan has not been released to the public.

Philadelphia-based TRA arrived in Ottawa last week to review the return to service plan for the city and help resume service on the Confederation Line.

The Sept. 19 derailment was the second derailment involving the two-year-old light rail transit system in six weeks. A train derailed near Tunney's Pasture station on Aug. 8.

'Great for all of Alberta': Flames, Oilers prepare for battle in second round

Johnny Gaudreau and Matthew Tkachuk weren't even born the last time the Calgary Flames and Edmonton Oilers met in the Stanley Cup Playoffs, but they still understand how much the Battle of Alberta means to fans of both teams.

Elon Musk's ties to China through his role as electric car brand Tesla's biggest shareholder could add complexity to his bid to buy Twitter.