Rideau Street to re-open after years of construction

OTTAWA -- After years of construction work, one of Ottawa's busiest streets will reopen to pedestrians, cyclists and vehicles this weekend.

For the last five years, much of Rideau Street, between Sussex Drive and Dalhousie Street, was closed for the CF Rideau Centre’s expansion, the construction of Light Rail Transit, the 2015 sinkhole and the rehabilitation of the road.

"I mean, I just walked the wrong way. That’s why I’m going this way, because I went the wrong way to come around and cross the street," Erica Hewson said.

"We have the widest sidewalks along a main street in Ottawa, urban trees, a designated cycling lane," said Rideau-Vanier Councillor Mathieu Fleury.

There will be two lanes of traffic instead of four. 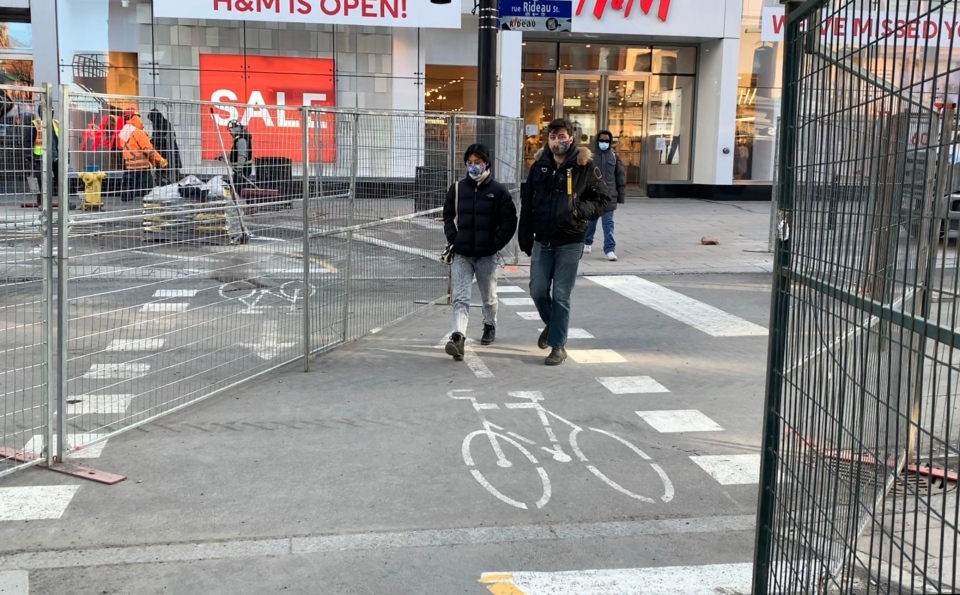 The market used to have a surface sewer, but it’s been replicated with a surface drain. Some of the drain covers include history of the area, such as the construction of the cathedral or the completion of the Rideau Canal.

"I’m pretty pumped. Before it was kind of sloppy and now that they have cleaned up our drain and everything I think it’ll be a beautiful spot," said general manager Joey Rosa.

"Thankfully, the street will be open in time for the final week of shopping before Christmas and the holiday season — a time of year that many businesses rely on to bolster sales to help them sustain during the slower months of January and February."

Due to COVID-19, there will not be a ribbon cutting ceremony to mark the reopening of Rideau Street, but Fleury says that does not mean you cannot celebrate in a different way.

"The best way to celebrate the opening is to come down and support our local business community for your Christmas shopping."

Rideau Street will open to foot traffic and vehicles on Saturday and to buseson Sunday.