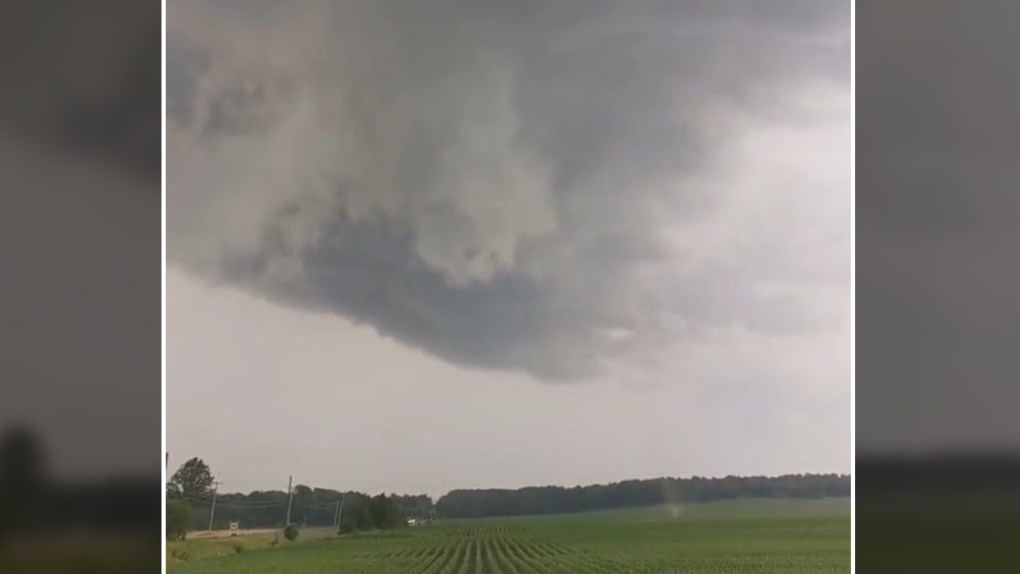 There was a tornado in Carleton Place during last Thursday's thunderstorms, researchers have confirmed.

The Northern Tornadoes Project at Western University say witnesses captured video of dust and debris being circulated beneath a supercell thunderstorm "with visible rotation at cloud base."

"The tornado persisted for several minutes in an open field and caused no damage," they said in a blog post. It happened just after 4:10 p.m.

Because the tornado did not cause any damage, the EF-scale rating defaults to EF0. Those typically have winds of up to 115 km/h.

On Monday, researchers confirmed that downbursts were responsible for storm damage in the Belleville and Mallorytown, Ont. areas, but that no tornadoes touched down in those places.

The storm on Thursday swept across Eastern Ontario, leading to weather warnings and power outages in some area.

NTP investigations of the severe storms of June 16th in ON & QC have resulted in the confirmation of two supercell tornadoes in ON - an EF0 at Brooklin and an EF0-Default at Carleton Place.