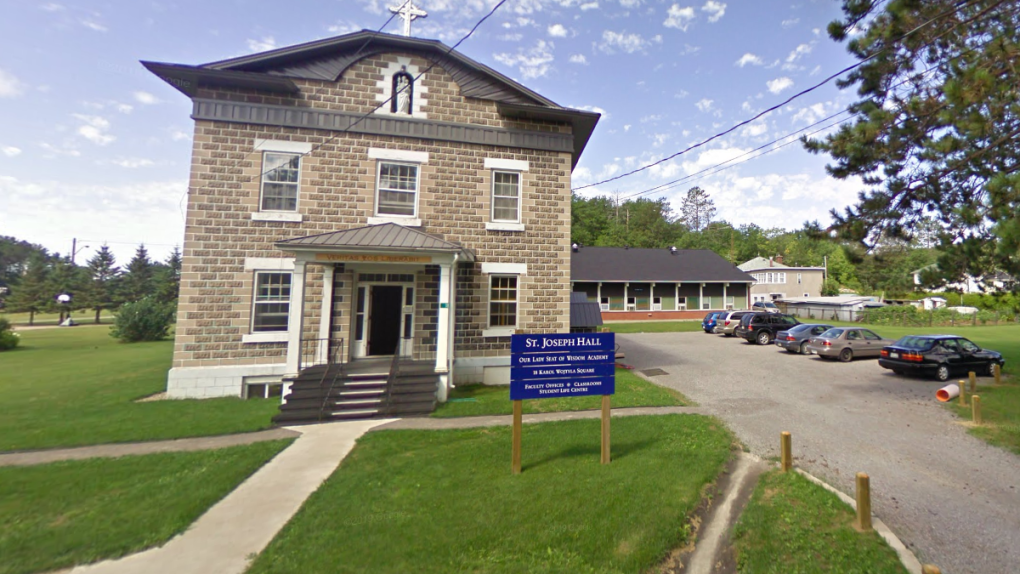 An independent report into the conduct of a former choir teacher at a Catholic school in Barry’s Bay, Ont. has found evidence of sexual misconduct.

Ottawa police said in 2019 that Uwe Lieflander would be charged with sexual assault if he ever returned to Canada because of a reported incident that took place while he was a teacher. An arrest warrant had been issued, but police believe he is still overseas.

Lieflander was employed by Our Lady Seat of Wisdom College (SWC) in Barry’s Bay from 2007 to 2017, when the alleged incident occurred.

A recently released report, performed by Elizabeth Grace of Lerners LLP, found that the facts support a finding that Lieflander committed sexualized misconduct against a former SWC student, but that it happened after she had graduated.

However, the report also found that while the victim was a student at SWC, Lieflander abused her emotionally and psychologically. It was only after she left the school that the abuse became sexual.

The report also found that the school’s oversight and prevention measures to deter, detect and stop misconduct were inadequate. Lieflander contravened the school’s code of conduct through what the report called “his parental-like relationship” with the victim during her year as a full-time student.

Finally, the report found that while the school acted appropriately upon learning of the allegations, people in authority at SWC did not heed warning signs or “red flags” about Lieflander’s relationship with the student in question beforehand.

“Knowledge that a faculty member was in a close, personal relationship with a student should have prompted them to make further inquiries, monitor the situation and/or report the matter to SWC’s President,” the report said.

SWC said in its own statement upon release of the report that there is no evidence or allegation that Lieflander engaged in misconduct with any other student during his tenure. The school said it is in the process of “further strengthening its policies, procedures, and training in the relevant areas, including developing a stand-alone sexual violence policy to augment what is in the College’s Anti-abuse, Violence, and Harassment Policy.”

"The OPS and Crown’s office have continued to work with Mr. Lieflander’s counsels in efforts to move this matter forward," a police spokesperson said.