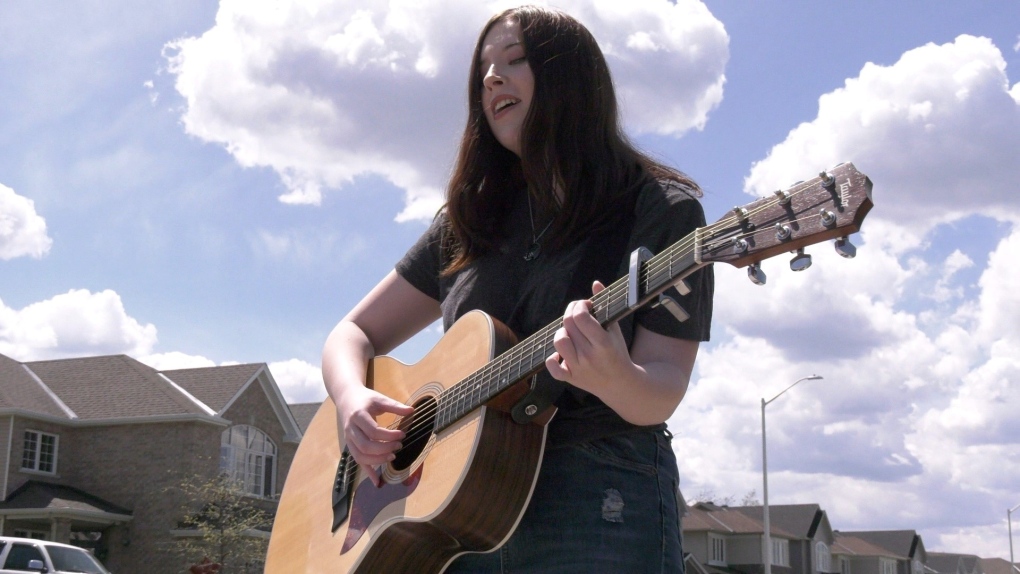 RENFREW -- More Than A Song Studios in Renfrew say they have seen an upswing in new students over the past 14 months, many of them joining to escape the pandemic one way or another.

"So we’re seeing a lot of retirees take piano lessons; a lot of bucket list type stuff, and guitar students as well," says Danah-Lee Krieger, owner of More Than A Song Studios.

The studio provides vocal, piano, percussion, and stringed instrument lessons, and currently serves between 70 and 80 students. Krieger says her reach and the excitement for lessons has only gone up since the pandemic began.

"Because of the pandemic and we’ve gone virtual, we’re seeing an increase in students from around the globe, as far away as Hawaii," says Krieger. "You really see students just looking forward to that 30-minute lesson time every week because there’s consistency right."

Krieger adds the distraction of music and learning a new instrument helps fill the extra time and boredom for many of her students.

"Especially with the song writing students, it keeps them occupied to write down their thoughts and their feelings and then we meet again and we start putting melodies to it."

Seventeen-year-old Arnprior resident Katya Beresnikow has been a student at Krieger’s studio for five years, and says the pandemic has offered her new avenues to explore her music.

"I took the opportunity to start uploading covers on YouTube within the last couple months so that’s been really fun," says the guitar playing Taylor Swift fan. "It’s really helpful when I’m really stressed with school because I can just take a break, play guitar for a little bit, and get back to whatever I was doing."

More Than A Song Studios has young students as well, like 6-year-old Briar Simon and her 8-year-old sister Alyson.

"I’ve been doing singing just this year and last year I did piano," says Alyson. "And the song that I’m working on right now is Count On Me (by Bruno Mars),” adds Briar."

Students at Krieger’s studio also learn how to record their music, and recently put together a student-teacher collaboration album that was released in the spring. The Act of Education is available on streaming platforms.